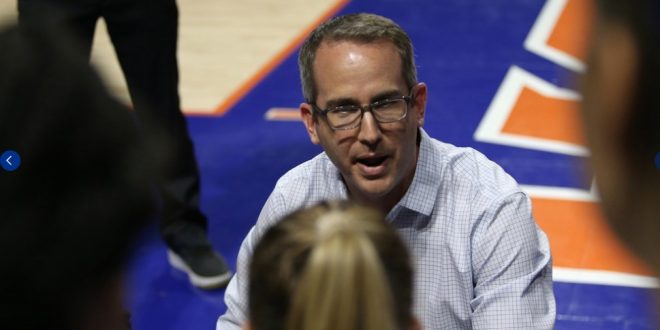 Gators Have Terrifying Time on the Road

Florida had a scary night on All Hallows’ Eve in Lexington, Kentucky.

The last time Florida was swept came at the hands of Kentucky in Gainesville during the 2016 season.

“(It was) a tough match for us,” Associate Head Coach Dave Boos said post game. “Kentucky is very efficient. You have to give them credit for what they do.”

Florida falls to Kentucky 25-20 in the final set.

Kentucky sprang on the Gators like a ghost to begin the match.

They jumped out to a 6-2 lead in Set 1 and never looked back. Florida tried multiple times to fight back into the first frame, but just couldn’t get in sync offensively. They would drop the set 25-15.

The Gators had almost the same number of errors and kills in Set 1. They had nine errors to 11 kills for a measly .051 hitting efficiency compared to Kentucky’s .250. That’s spooky.

Kentucky held a 12-8 advantage when Florida called its first timeout in Set 2. Florida pulled within two at 14-12, but the lead stretched to 19-12 by Florida’s second timeout.

The Wildcats took the second set 25-18 thanks to a ghastly .415 hitting efficiency where they hit 17 kills and committed not a single attack error.

It would be more of the same in the third and final frame. Like most of the match, Florida couldn’t find a rhythm while seemingly every Kentucky swing resulted in a point for the Cats. They made a late rally but inevitably fell 25-20.

The spooky part of the match was a Gator squad coming in ranked second against conference opponents in hitting efficiency (.270) was held to .104 on the night. They had 20 errors for the match.

Even spookier, they came in averaging .153 hitting against and allowed Kentucky to hit .274.

Florida was without its leading scorer in freshman Thayer Hall. She dressed but was held out with an undisclosed injury.

Boos on the effect of Hall’s absence:

He said the Gators had to rely on their pin hitters during the match. All of them except Paige Hammons with .133 finished as negative hitters on the match.

Rachael Kramer was a bright spot on offense with 11 kills on 20 attempts. Allie Monserez also registered a double-double with 14 assists and 11 digs.

Boos said Florida knew the Wildcats’ game plan going into the match was to stay low-error and not allow Florida’s block to affect them.

It worked as they only committed 10 errors on the match and the Gators only registered two team blocks.

He said Kentucky put the ball on Florida’s side of the court and made them try to kill it. Part of their strategy was to get Florida into long rallies.

“They’re better at a difficult rally than we are,” he said.

The Gators will look to not let us this night haunt them as they’re back in action at home against the Arkansas Razorbacks on Sunday.

Both teams will be coming in off sweep losses on the road.