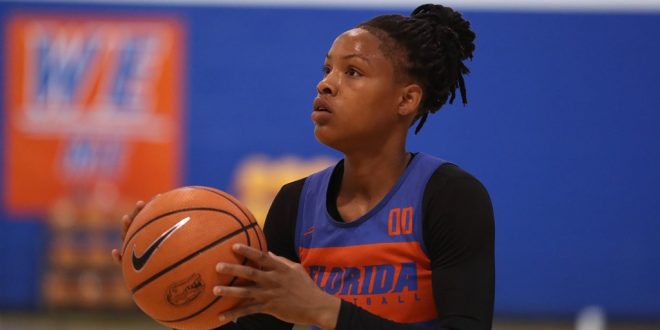 The Florida Gators women’s basketball team opens a new chapter today as they have their first official game today against Gardner-Webb. The Gators went 11-19 last season and 3-13 In SEC play. Head Florida women’s basketball coach Cameron Newbauer looks forward to his second year of coaching the Orange and Blue. The Gators are looking to improve in many ways from their performance on the court last season. Coach Newbauer said that this offseason has been extremely beneficial to his team.

I feel like a kid the night before Christmas!

Delicia Washington and Funda Nakkasoglu are both veterans for the Gators who Newbauer said have been exceptional leaders the past couple of weeks.

Coach Newbauer says that his veterans have already led the team in multiple ways leading up to the season. He is pleased with their leadership.

Washington says that she hasn’t taken on this big of a role as a leader for the team in the past. However, she said she’s been able to take on this leadership role because of the former leaders she has learned from on previous Gator teams.

The Florida team also has six new faces and three redshirts this season. Newbauer says he expects that it will take time for his team to adjust.

Newbauer said that the freshmen however, have been extremely enthusiastic and hard-working in bettering themselves for the team. He is impressed with the way his young players have worked to try and do more each day on the court.

The Gators will face Gardner-Webb for the first time in program history today at 11 a.m. 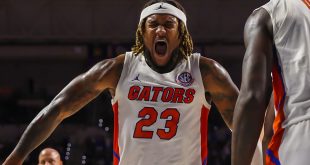