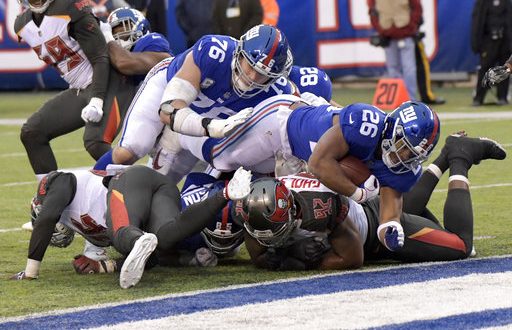 The Tampa Bay Buccaneers found themselves on the wrong side of the ball when they faced the New York Giants. Unable to take the lead at all during Sunday’s matchup, the Bucs fell on the road 38-35. This loss extends the Bucs losing streak to four games and puts them at 3-7 on the season.

The Giants got on the board early with a pass from Giants QB Eli Manning to rookie running back Saquon Barkley, which put them up 7-0 over the Bucs. The Giants struck again early in the second quarter with another TD by Barkley. Now, down by two touchdowns, the Bucs were going to need to score if they wanted to stay in this game.

Just before heading into halftime, Bucs QB Ryan Fitzpatrick ran the ball into the end zone and got his team on the board. However, just seconds away from halftime, Fitzpatrick threw a ball that was intercepted by O.J. Howard. Luckily for the Bucs, nothing came of the interception and now it was time to regroup during halftime.

Coming out of the half though things really went downhill for the Bucs. Less than a minute into the third quarter, Alec Ogletree intercepted the ball and ran it back for the Giants. At this point, the Bucs were trailing 21-7 and then, it happened again. Fitzpatrick was intercepted by Curtis Riley, which allowed the Giants to extend their lead with a 52-yard field goal by Aldrick Rosas.

Needing to turn this game around, the Bucs put in Winston hoping for different results. Only a few minutes on the field and Winston was able to get his team another TD, which put the Bucs only 10 points back from the Giants (24-14). However, that score didn’t hold long. The Giants quickly retaliated with a TD of their own to extend their lead even more.

Several touchdowns later, by both teams, and one more interception by the Bucs, the game ended and the Giants were the team that came out on top.

The Bucs struggled on both sides of the ball, but one player that hardly seemed like himself was the Bucs starting QB.

Fitzpatrick had little to no “FitzMagic” helping him during Sunday’s game as he completed 13 of 21 passes for 167 yards, no touchdowns (rushing TD in the first quarter), with three interceptions. By the end of the third quarter, he was benched which made way for Winston. Once he came, things got a little better, but it wasn’t enough to close out the game. Winston completed 12 of 16 for 199 yards with two touchdowns and one interception.

After the game, Fitzpatrick talked about his, and the team’s struggles out on the field.

“It was a lot of different things,” Fitzpatrick said. “For me as a quarterback, to think just like everyone else, you look at it as ‘what could I have done better?'”

Other Bucs players commented on their team’s performance and know that they just need to find a way to win. 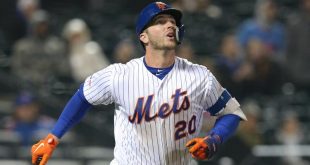