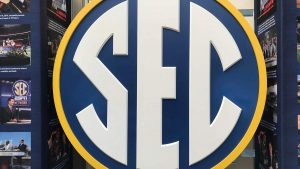 The first day of the four-day SEC spring conference meetings began Tuesday. Participants in the meetings include team athletic directors, coaches and other university press. The meetings are at the Hilton Sandestin Beach in Destin, Florida.

The spring conference meetings are a time to learn more about some potential issues with the NCAA and SEC that need to be addressed.

LIVE from the @SEC Spring Meetings in Destin.#SECThisMorning is on @SIRIUSXM 84 and 374.

What's one other thing you wish would be brought up at the SEC Spring Meetings?

After the exemption of a particular federal law, the high court decided to allow the legalization of sports betting in states.

It is widely known that the SEC is one of the only conferences in college football that has yet to authorize the selling of alcohol at football games.

Though some laws have been signed that allows the selling of alcohol, the SEC’s policy reinstates the disallowance of alcohol at sporting events.

Recently, the transfer portal has been a commonly-talked about in the NCAA. In contrast to recent years, players can now be granted immediate eligibility depending on the player’s reasoning for leaving.

There have been several players entering the transfer portal and many coaches fear that the easier accessibility could hinder the development of young players. For example, the new transfer portal has allowed freshmen to leave schools before even stepping on campus.

Will Wade Speaks Out

Will Wade, the current coach of the LSU Tigers Men’s Basketball team, spoke out at the SEC Spring Meetings Tuesday. Wade made it apparent in his interview that he is hoping to rebuild his trust among the program.

Wade discussed the positive meetings he had with LSU and the NCAA. He also mentioned how he was able to be fully cooperative in answering any questions regarding the subject with the NCAA and LSU.

There was still some confusion regarding the situation. Wade mentioned how he hasn’t heard the recordings so he doesn’t know if he was quoted accurately. Wade made sure to also discuss how he will continue to try to get the best players possible to LSU.

Regardless, it was a nice sign of improvement in the situation to have Wade go out and answer questions about the incident for the first time in a while.