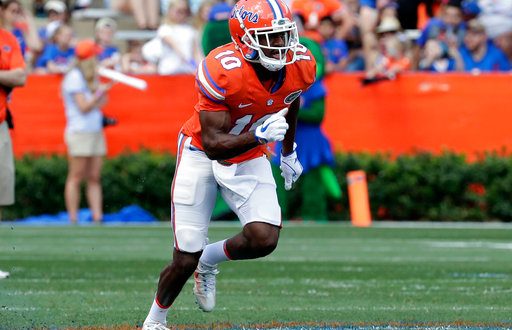 Florida senior wideout Josh Hammond will kick off his final season in orange and blue on Saturday against the Miami Hurricanes.

A Fight for Bragging Rights

Hammond doesn’t look at the Miami game as a big-time rivalry. He views the clashes with teams the Gators face yearly more as rivalry matches, such as Florida State and LSU. However, he does view it as a fight to prove who’s the best in the state.

Additionally, Hammond believes that the newcomers need to feel the intensity of these types of games to truly understand what it all means.

Hammond’s history with the Gators predates his first season in 2016. His older brother, Frankie, played in The Swamp from 2009 to 2013. In 48 games, he recorded 63 receptions for 812 yards and six touchdowns.

Additionally, the Hammond family resides in Hallandale, a city in Broward County. Although his family doesn’t root for the Canes, Josh is certainly familiar with his South Florida neighbors.

In his career at Florida, Hammond has brought consistency to his position. Since his debut in 2016, Hammond’s numbers have slightly risen each year.

Most recently, in Hammond’s first season under Dan Mullen, he grabbed 28 receptions in 13 games and recorded the first four touchdowns of his career.

This season, being a second-year player in Mullen’s system, and a veteran receiver, Hammond can expect even more responsibility.

Hammond praised other members of the offense, including quarterback Feleipe Franks. He believes that the struggles Franks faced in 2017 have helped him to grow, not only on the field, but also in the locker room as a leader.

Hammond also praised the new-look offensive line, saying that the unit has worked hard and progressed well in training.

The Gators and Hurricanes will kick-off the 150th season of college football  on Saturday at 7 p.m. on ESPN.