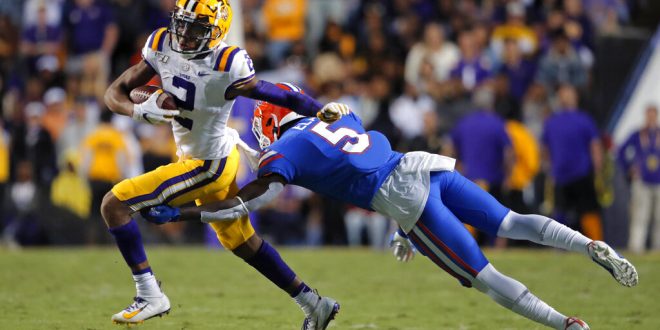 The Gators had given up 57 total points heading into the matchup and ended up surrendering the most points since a 42-7 loss to Georgia on Oct. 28, 2017.

The Florida defense allowed 218 rushing yards and three rushing touchdowns, also a season-high for the Gators. According to defensive coordinator Todd Grantham, the Tigers’ success on the ground was pivotal to LSU’s victory.

LSU not only thrived in the run game, but their passing game flourished as well, thanks to quarterback Joe Burrow.

While Florida dealt with injuries to linebacker Jon Greenard and defensive lineman Jabari Zuniga, Grantham refuses to place the blame on a lack of bodies.

Unfortunately for Grantham and the defense, Greenard and Zuniga’s statuses is still up in the air ahead of the Gators’ next matchup against former Florida head coach Will Muschamp and the South Carolina Gamecocks this Saturday, Oct 19.

One positive that Grantham pointed out was the Gators’ improvement throughout the second half in defending the run. The unit allowed 74 rushing yards in the second half compared with 144 in the first half.

Speaking of this week’s game, Florida faces a South Carolina team that just defeated No. 3 Georgia in Athens. Grantham knows everyone will have to do their part if they are to prevent South Carolina from pulling off another upset.