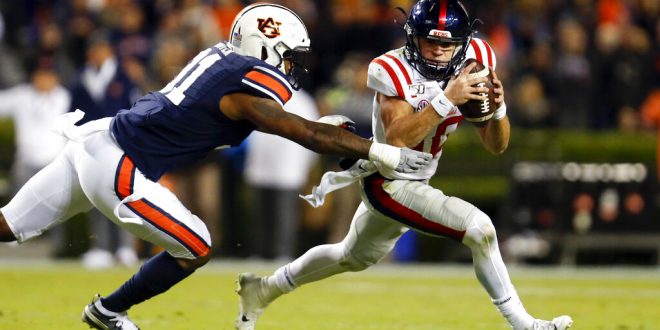 After losing the past three games, the Ole Miss Rebels (3-6) look for their first win since Oct. 5 when the winless New Mexico State Aggies come to Oxnard on Saturday, Nov. 9.

With marquee games elsewhere in the SEC, such as No. 1 LSU at No. 2 Alabama, there are still multiple reasons on why you should tune into the Ole Miss-New Mexico State game.

The Aggies haven’t won a game since Nov. 3 of last year, when they defeated Alcorn State 52-42. This season, New Mexico State has lost by an average of 24.4 points per game. Their closest defeat was to their rivals New Mexico 55-52 on Sep. 21. Currently, Ole Miss is nearly a 28-point favorite.

The Rebels have not been good when defending the pass. They allow an average of 290.6 passing yards per game, the most in the conference. Keep an eye out for New Mexico State wide receiver Tony Nicholson, who leads the Aggies with 472 receiving yards and three touchdowns.

While the Rebels struggle in the passing game, their running game has been a success.

In fact, Ole Miss’ running game is statistically the best in the SEC as they average 225.2 rushing yards per game. Quarterback John Rhys Plumlee and running back Scottie Phillips both have five rushing touchdowns and over 500 rushing yards. Running back Jerrion Ealy is approaching Plumlee and Phillips with 426 yards on the ground so far this season.

One of the premier players on the Ole Miss defense, defensive lineman Benito Jones is first in tackles for loss and second in sacks. Jones is finishing up his fourth year in Oxnard, thus solidifying his eligibility for the 2020 NFL Draft. The Draft Network currently ranks Jones as the 22nd-best defensive lineman eligible for the Draft.

Ole Miss continues its annual tradition of Warrior Week where the school recognizes the military. The week ends with the Military Appreciation Game on Saturday at 4:00 p.m. As an extra treat for players and fans, the team will unveil new patriotic-themed uniforms on Friday, Nov. 8. 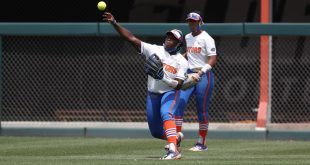