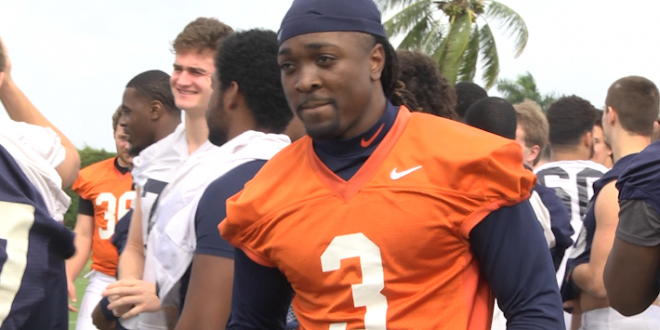 “He’s probably one of the best dual-threat quarterbacks in college football.”

Because of Perkins’ big-play ability with either his arm or his legs, the Florida defense knows they need him down.

When speaking to the media on Saturday, the Gators made it clear they need to force Perkins to throw the ball.

What helps Florida’s chance of slowing down Perkins is the presence of linebacker Jon Greenard.

Greenard has been banged up throughout the season. Despite this, he made it clear from the beginning he was going to play in the Orange Bowl.