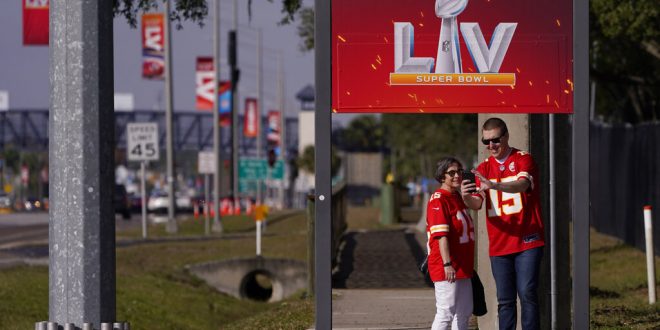 In a season of unexpected twists and turns, it is only fitting this is how it ends with an all-time Super Bowl matchup.

Patrick Mahomes and the Kansas City Chiefs are attempting to do something only Tom Brady has ever done, win back-to-back Super Bowls with a team. Brady did so with the New England Patriots in the 2003 and 2004 seasons. Brady is playing in his 10th Super Bowl at 43-years-old while Mahomes is playing in his second title game in his first three years as a starter.

Playing at an all-time high in his 40’s, Brady solidifies himself as one of, if not, the best. On the other side, Mahomes has been electric in his first three years shattering numerous passing records o start a career.

When the Chiefs played the Bucs in Week 12, the two quarterbacks combined for 807 yards and six touchdowns. Each team’s number one wideout had multi-touchdown games while Tyreek Hill had a career day himself. The Chiefs won the game 27-24.

This Week 12 matchup was a perfect example of Brady being Brady — coming back big late in the game. The Chiefs were in firm control of the game but the Bucs stuck around for long enough to make it a three-point game. With the way Tampa Bay’s offense has been playing at the end of the regular season and in the postseason, the Buccaneers may be able to keep pace with Kansas City. Still, Brady knows this will be a challenge.

“You got to be ready when the ball is kicked off,” Brady said. “We’re gonna be challenged, they’re gonna challenge us and we got to answer the challenge.”

As good as the quarterbacks are, their weapons and schemes are just as important. Bruce Arians and Andy Reid are offensive masterminds and that has been on full display all season long. The Chiefs and Bucs finished 1-2 in passing yards per game this season. According to Elias Sports Bureau, this is the first Super Bowl matchup to feature the league’s top two passing offenses.

With both teams continuing to follow the league’s health and safety protocols, this Super Bowl Week has been like no other. Media day was held virtually, there are little if any events in the area and the Chiefs aren’t traveling to Tampa Bay, the location of the game, until Saturday night. Despite this, Brady knows to keep his mental preparation in top form.

As many football games do, this one may come down to a battle in the trenches. The Chiefs are without both starting tackles for the title game with Eric Fisher going down with a torn Achilles in the AFC Championship game and Mitchell Schwartz already on the injured reserve. In addition, Kansas City ranks in the middle-of-the-pack when it comes to running the ball this season.

Tampa Bay will look to take advantage in this area. With a stout linebacker crew in Shaq Barrett, Lavonte David and Devin White and veteran pass rushers Jason Pierre-Paul and Ndamukong Suh, the Buccaneers must exploit the Chiefs’ broken offensive line. Buccaneers pass rushers get home. They rank fifth in the NFL in total sacks but the secondary has been an issue. Despite players like Carlton Davis and Antoine Winfield Jr., Tampa Bay ranks in the bottom half of the league in pass yards allowed per game.

It’s arguably impossible to stop Patrick Mahomes so all that can be done is slowing him down and controlling the pace of the game. Chiefs’ tight end Travis Kelce explains what makes Mahomes so special on and off the field.

Super Bowl LV is set for this Sunday at 6:30 p.m. from Raymond James Stadium in Tampa, FL. The Chiefs are three-point favorites.