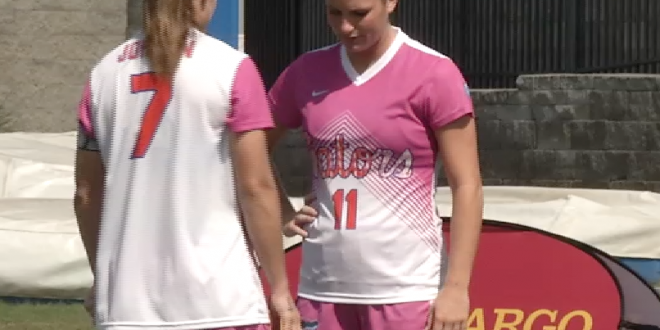 Forward Brook Sharpe and midfielder Meggie Dougherty Howard both scored on the night as the Gators disposed of the Bulldogs.

Florida improves its record to 11-3-1 overall and to 5-2-1 in SEC play. The Gators are now tied with South Carolina for first in the SEC and have won three conference games in a row after beating Tennessee last Friday to start the winning streak.

The Gators got on the scoreboard early into match when Sharpe received a pass from defender Christen Westphal and slotted the pass home into the back of the net at 7:33 to give Florida a 1-0 lead. Sharpe scored from seven yards out from her ninth goal of the season. Westphal tallied her eighth assist of the season on that goal.

The Orange and Blue had an opportunity for their third road shutout of the season but for the second straight game the Gators allowed a goal in the final minute of regulation to the opponent.

Mississippi State scored when a long throw in pass with three seconds left found Courtney Robicheaux in the box, who headed the pass forward and Kennadi Carbin finished the pass from seven yards out to make the score 2-1 Florida.

Up next for the Orange and Blue is No. 8 South Carolina, who is tied with UF atop the SEC standings. They will meet on Thursday in Gainesville.