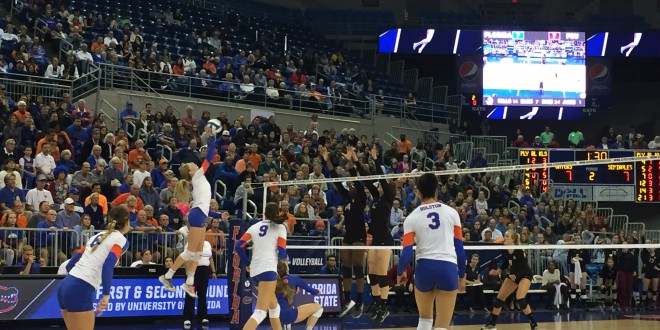 Carli Snyder attacks for the kill

The Florida volleyball team came into a tough Elite Eight matchup Saturday night against the #3 seed Texas. In the first set the Gators won 25-22. The next two sets the Longhorns would take advantage winning those 25-22 and 25-19. The Gators bit back to take the fourth set 25-20 but the fifth set rallied back and forth and the Longhorns were able to capitalize winning 17-15.  Texas advances to the Final Four while the season ends for the Gators.

Texas advances to face Minnesota in the Final Four on Thursday in Omaha.