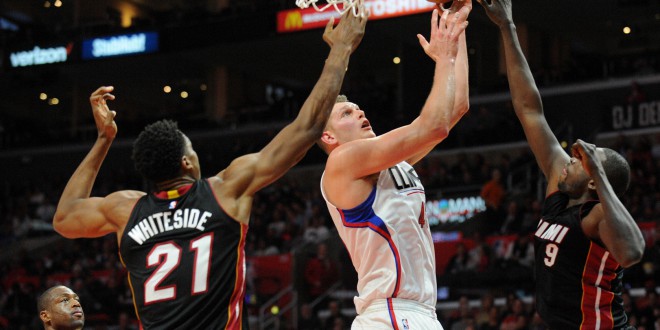 Miami Heat guard Dwyane Wade, who committed seven of the team’s 24 turnovers, said the team has to stay together during the tough times. The Heat are in the midst of a six game road trip and are without guard Goran Dragic, who strained his calf during the team’s loss to the Golden State Warriors on Monday night. He missed last night’s game and is expected to miss the final two games of Miami’s road trip.

For the Clippers, the victory marked their tenth straight win. The Clippers were without forward Blake Griffin, who missed his ninth straight game with a partially torn tendon in his left quad, and center DeAndre Jordan, who missed the game due to pneumonia. However, other players stepped up in their absence, most notably backup center Cole Aldrich, who led the team with 19 points.

The Heat will try to rebound against the Denver Nuggets tomorrow night. Tip off is set for 9:00 p.m.