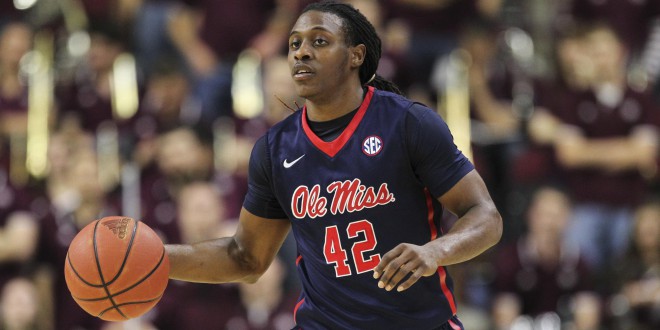 This weekend in SEC hoops Auburn hopes to use that home court advantage to get revenge against the Ole Miss Rebels on Saturday.  The Tigers are coming off of their first road win of the season where they beat the Arkansas Razorbacks 90-86. Auburn is currently 10-15 overall and 4-9 in the SEC. Ole miss is coming off of a 57-71 loss to Texas A&M in College Station. The Rebels are currently 16-10 overall, 6-7 in the SEC.  The last time the Rebels and Tigers met was in late January in Oxford and it resulted in a Rebel victory with 80-53.

Ole Miss continues it’s two game road swing and they lead the series between Auburn with 10 wins of their last twelve meetings. Ole Miss has SEC leading scorer, senior guard Stefan Moody, with 22.8 ppg and coming off  a career high 33 points at LSU.  Ole Miss Head Coach Andy Kennedy knows that every team that faces the Rebels is aware of this,

“The way people guard him, and basically build a wall and try to keep him from penetrating, it just opens up space for other players to make plays”.

Another help to the Rebels is the return of Sebastian Saiz who was out for a good part of the season due to an eye injury. Kennedy also feels that he is getting his rhythm back which could help the rebels as well.

Before the Tigers victory against the Razorbacks, Auburn experienced a seven game losing streak with three of those losses at home. Auburn Head Coach Bruce Pearl feels that the losing definitely takes a toll on the team

” I’d say it’s harder on the players than the coaches, especially our seniors”

Auburn has struggled with finding a shooter since the suspension and eventual departure of Kareem Canty, who has also declared for the NBA draft. However, a major key that led to their victory over Arkansas was the role of true freshman guard Bryce Brown. Brown hit nine three pointers which led him to a career high 27 points.

The Rebels and Tigers are ranked 9th and 13th respectively in the SEC and both need this win to help with seedings for the SEC tournament in three weeks in Nashville. Coach Pearl feels that the SEC is strong this year and several teams could make the tournament. 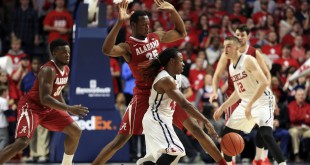