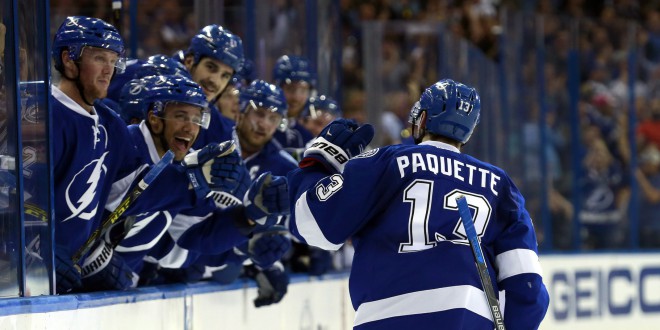 A short handed goal from Cedric Paquette and a goal from Steven Stamkos were all the Lightning needed last night as they took down the Arizona Coyotes 2-1.

Thanks to the goals and a strong performance in net from Andrei Vasilevskiy, who made 29 saves, the Lightning increased their win streak to four games. After struggling at the beginning of the season, Stamkos has now scored in all four games of the current win streak.

That’s still not enough to satisfy the Tampa Bay captain. Stamkos says the team got a good result despite not playing at their best level.

Tampa Bay (34-22-4) now sits in second place in the Eastern Conference , three points behind the Florida Panthers (34-18-7). The Lightning will try to catch them as they take their win streak on the road for a four game road stretch, starting with a visit to the New Jersey Devils (30-24-7) on Friday night.

This will be the first meeting between the two teams this year, while last year, the Devils won two out of the three games against the Lightning.

The Devils are coming off of a big 5-2 win against the New York Rangers on Tuesday night, and are looking to continue their momentum to stay in the hunt for the playoffs. They currently sit one point behind Pittsburgh for the last wild card spot, and with just over a month left in the season, will be looking to secure their spot.

After taking on the Devils, the Lightning will continue their road trip in Boston on Saturday, before finishing off in Canada with visits to Toronto and Ottowa.