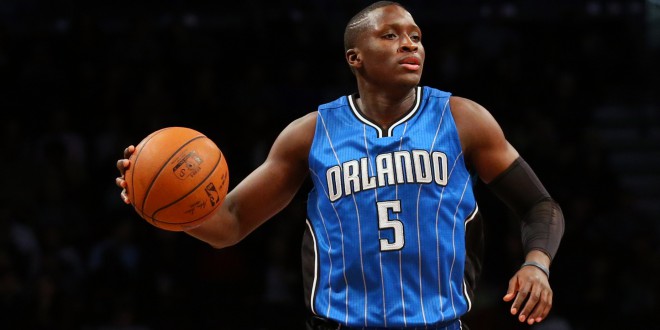 Magic knock Off 76ers Behind Strong Performance from Vucevic

Vucevic exploded for a season high 35 points in the victory, shooting 13-21 from the field while also pulling down nine rebounds and dishing out four assists. The Magic also received big contributions from guards Victor Oladipo and Evan Fournier, who scored 22 and 21 points respectively.

Vucevic says that a key to the victory was the Magic’s ability to perform well under pressure.

Both teams had one of their most efficient offensive nights of the season. The Magic shot 48 percent from the floor, while the Sixers shot 54 percent and scored a season high 115 points. However, the difference in the game came down to rebounding and turnovers.

The Magic pulled down 13 offensive boards, scoring a total of 15 second-chance points over Philadelphia. The Magic also forced the 76ers to commit 22 turnovers. 10 of the 11 players who appeared for the Sixers Tuesday night had at least one turnover.

The Magic next head back to the Amway Center Thursday night when they take on the defending champion Golden State Warriors (50-5) at 7 p.m.