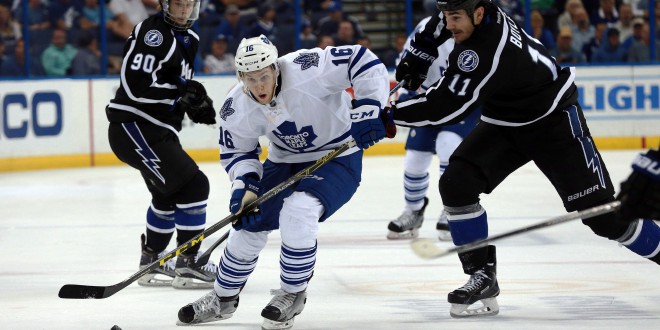 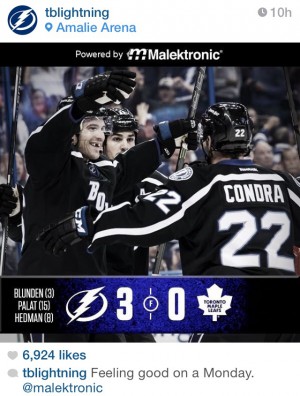 The Lightning now stand at a record of 44-27-5 after last night’s win against the Toronto Maple Leafs. Tampa Bay did not give up a single point to their opponent, winning 3-0.

The pressure was on for Tampa Bay after they ended their three-game winning streak last Saturday, losing 5-2 at home to in-state rival Florida Panthers.

Boltz goalie Ben Bishop brought his A-game with him to Toronto. Bishop said he had two early saves on point blank shots, finishing with a total of 34 saves. Last night’s game against the Maple Leafs was Bishop’s sixth shutout of the season.

Center Valtteri Filppula rejoined the Lightning lineup last night, after being sidelined for an upper-body issue since March 2015. However, forward Ryan Callahan and Nikita Kucherov remained out with lower-body injuries.

#ComeSeek tonight's @RoyalCaribbean goal of the game: Ondrej's world, we just live in it. #TORvsTBLhttps://t.co/Yi6r5xMPdR

The Lightning and Florida Panthers are now tied for the Atlantic Division lead with 93 points each. Next up, Tampa Bay will host Montreal on Thursday, the fifth contest in a six-game homestead. The puck is set to drop at 7:30 p.m.