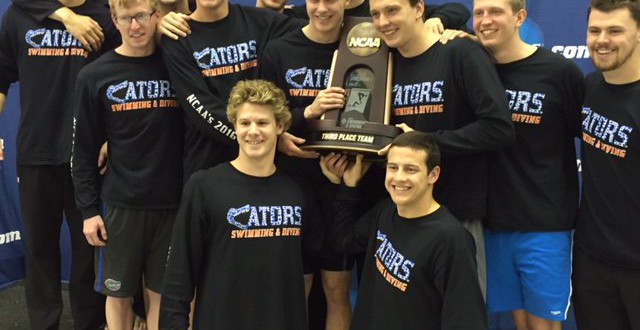 Also leading the way for the Gators were All-Americans Jan Switkowski (7) and Mark Szaranek (6) who both had impressive weekends. Switkowski was a major factor for Florida’s 800-yard freestyle relay that set a school record in a third place finish. Szaranek participated in multiple events that included teaming up with senior Corey Main, Dressel, and Switkowski on Saturday night for the 400-yard freestyle relay where they finished in third place to help lock up Florida’s overall third place finish at the championships.

Since joining the Gators in 1999-2000, head coach Gregg Troy has led Florida to a top 10 finish every year.  The University of Texas won the team overall title with 541.5 points  followed by California with 351 points and Florida rounded out the top three with 334.