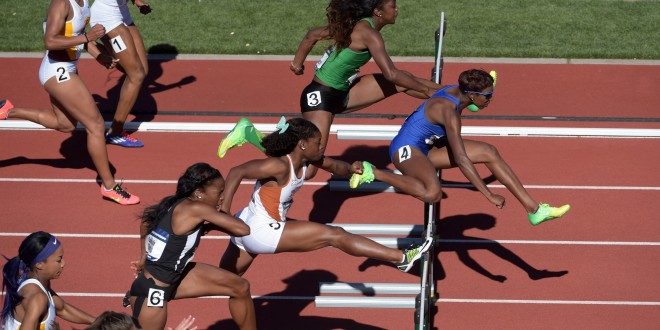 This afternoon, the Pepsi Florida Relays will begin at Percy Beard Track inside the James G. Pressly Stadium.

This event has been going on since 1939 and features athletes at all different stages in their careers including high school, college, and professional club teams. There will be eight men’s college teams and 10 women’s college teams participating in the event.

The Florida men’s team is currently ranked third in the country. Head coach Mike Holloway is excited for Florida standouts, Ander Eriksson and Ryan Clark, to compete in this weekend’s events. Eriksson, a freshman from Sweden, is a thrower for the Gators. In his debut, he won the hammer throw at the Black & Gold Challenge in Orlando with a 69.83-meter throw. His performance earned him SEC Men’s Freshman of the Week honors and the longest throw of anyone in the SEC. Clark, also a freshman, came in first place in the 200 meter sprint with a time of 20.86 seconds at the Cardinal & Gold Challenge in Los Angeles last week.

The tenth ranked Florida women’s team is led by redshirt junior Shayla Sanders and redshirt senior Jayla Bostic. Sanders is looking to keep up her impressive performance from last week’s meet in Los Angeles for the Florida Relays. During the Cardinal & Gold Challenge, she set the Division I record this season for both the 100 meter (11.13) and 200 meter (22.77) sprints. Bostic, who throws the hammer in outdoor competition, will compete in her final home meet.

Holloway is excited to host this event and knows how impressive the talent will be there to compete.

The Pepsi Florida Relays will start at 2 p.m. today. On Friday, the events begin at 9:30 a.m. and Saturday at 9 a.m. You can catch days two and three on ESPN Watch.