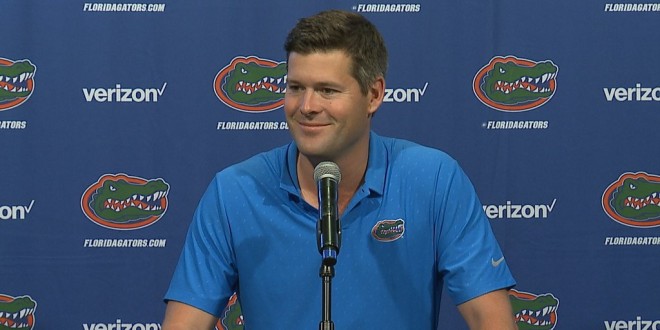 The Gators Men’s Golf team will look to continue their successful season this upcoming weekend as the SEC Championship weekend kicks off.  The Gators are coming off a second place overall  finish after finishing four-under par in the Mason Rudolph Championship.

Leading the way for the Orange and Blue was freshman golfer Sam Horsfield, who was the individual winner of the Mason Rudolph Championship with a tournament-low of seven-under. Horsefield claimed his fourth weekly Conference Award.

Coming off his best tournament in his collegiate career, freshman Gordon Neale finishing second overall with a total of five-under par. Head coach JC Deacon is looking forward to get his team on the track for SECs for a special run.

Deacon, in his second season as the lead man for the Gators, finished fourth at NCAA Regional Championship last year and looks to improve this year.

The team will travel to St. Simons, GA where the SEC Championship will take place between April 15-17 at the Sea Island Golf Club.

The No. 1 Florida Gators Gymnastics Team opened their season with a victory over the …