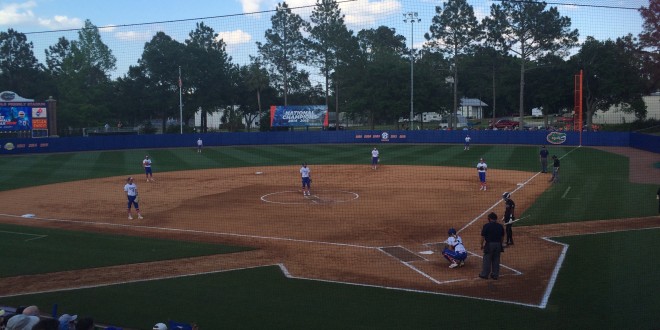 Florida Gator outfielder Amanda Lorenz continued to show why she is one of the top freshman collegiate softball players in the country with her performance on Sunday. The freshman hit a walk-off home run in the extra-inning affair between the top-ranked Florida Gator softball team (45-3) and the Mississippi State Bulldogs (24-23) to give the Gators a 3-1 win and the sweep against the Bulldogs.

Through the first three innings of the game on Sunday, it was a pitcher’s duel, with neither team recording a hit during those innings. The Bulldogs were able to get on the board first in the fifth inning when Mississippi State freshman infielder Sarai Niu hit a home run to give the Bulldogs a 1-0 lead.

Mid 6 | Mississippi State leads No. 1 Florida 1-0 as this 5th-inning @SaraiNiu BOMB is the difference.#HailState pic.twitter.com/WZb8YG7rsW

The Gators were able to tie the game in the bottom of the sixth when Kirsti Merritt recorded a sacrifice fly to score Kelsey Stewart. After both teams were held scoreless in the seventh, the game headed to extra innings.

The scoring drought continued through the eighth and ninth innings. Finally, in the bottom of the 10th, Lorenz hit her sixth home run of the season, and fourth in the month of April, to score herself and Taylore Fuller and give the Gators the win.

Lorenz said she was expecting a change up when she stepped up to bat and she just tried to put a hard swing on it. Florida softball head coach Tim Walton said you do not know what kind of pulse a kid has until they  step up and make a hit like Lorenz did to win the game.

Freshman pitcher Kelly Barnhill pitched five innings for the Gators and gave up one hit and one run while striking out two batters. Delanie Gourley took over for the freshman in the sixth and pitched the remaining five innings in the game while giving up two hits and striking out seven batters.

Following the game, Walton praised Gourley’s performance and said she has done a good job this season of mixing her pitches up.

Florida will be on the road this weekend for a three-game series against Texas A&M. The Gators will not return home until May 6 in what will be their final home series of the season versus Arkansas. 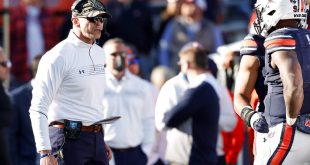