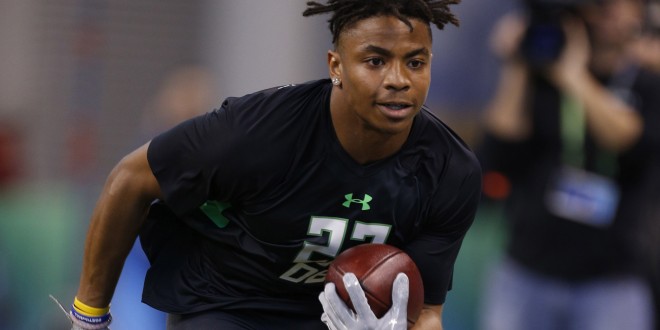 Just a junior at the University of Florida, cornerback Vernon Hargreaves is now projected as a first round pick and top 10 player in the 2016 NFL Draft which gets started Thursday in Chicago.

It is looking like he may be staying close to home as he is predicted to be chosen with the No. 9 pick, by the Tampa Bay Buccaneers.

He finished the 2015 season with the Gators starting all 13 games and ending with an outstanding record of four interceptions and 33 tackles. Hargreaves says his experience makes him NFL ready.

When Hargreaves came into the SEC in 2013 he was an immediate standout. He earned All-SEC honors for all three years of play with the Gators, setting and breaking records.

He has proved his ability to successfully cover receivers of all sizes and styles. His talent puts him and Florida State’s Jalen Ramsey at the top of the list and most likely to be the first defensive back taken off the draft board.

He’s a tough competitor and says he is not afraid to press and match up against some of the nations best receivers.

Hargreaves will be in Chicago Thursday as the 2016 NFL Draft gets underway. Soon enough all the guessing and analyzing will be quieted as the final decisions unravel.