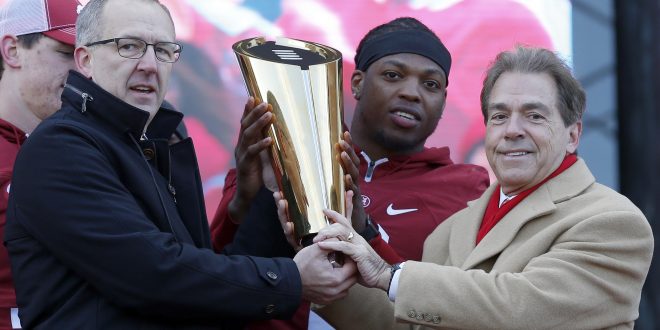 The College Football Playoff was a success in its first year. Yet, that doesn’t stop the Playoff Committee from making adjustments to maximize college football’s Final Four.

The Committee announced today it is going to change the policy of what day the semifinal games land on; moving forward, the semifinals will be played on Saturday or holidays after last year’s games had bad ratings on New Year’s Eve, which landed on a Thursday.

This year’s semifinals will be played on December 31st, a Saturday. Clemson and Alabama are early favorites to return to the championship game. The college football season is just over a month away.

Since its debut in 2014, the College Football Playoff structure has been in question. The …