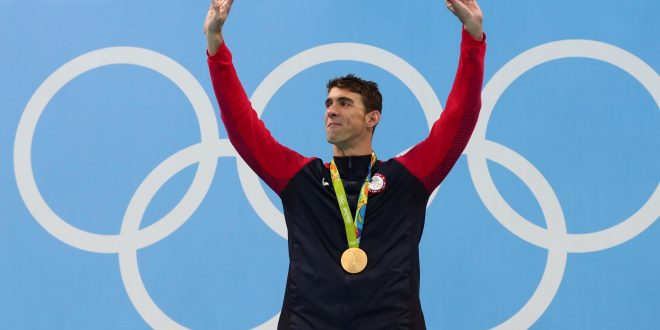 The Rio 2016 Summer Olympics have been a predictable story thus far. The United States are winning the medal count, the US men’s basketball is dominating, the American swimmers are breaking records, and other countries such as China, Great Britain, and Russia (despite the limited number of athletes) are right at the top of the medal count behind the United States. Although things seem to be following the status quo, the Rio Olympics has been able to leave its own footprint in Olympic history.

The most impressive athlete in the Rio games so far has been Kate Ledecky. The most incredible performance from Ledecky came on Sunday when she broke her own world record in the 400 meter freestyle. She swam the 400 meters in 3.56.46 seconds, her previous record was 3.58.37 seconds. In an interview, Kate said that she felt good on Sunday and believed she could get the record if she pushed hard enough. To put into context how incredible the performance was, the silver medalist in the race was nearly five seconds behind Ledecky.

Kate Ledecky hasn’t been the only American swimmer making waves in the pool. Michael Phelps, the most decorated Olympian ever, is still putting on a dominant display. Phelps won his fourth consecutive gold medal in the 100 meter individual medley on Thursday. That gold gave Phelps another exclusive claim in Olympic history. No swimmer has ever won four consecutive gold medals in any event, except Michael Phelps. Even at age 31, Phelps is showing the world that he is still the best swimmer on the planet, not a bad way to end a career. Phelps is slated for two more events: Friday night’s 100 meter butterfly and the 4×100 meter medley relay on Saturday. It’s very likely that Phelps will end his career with a few more gold medals, and, according to Phelps, this is the way he wants to go out.

The swimmers aren’t the only Americans dominating in their sport. The women’s US gymnastics team has been, if possible, even more dominant than the US swim team. On Tuesday, the women’s gymnastic team won the artistic gymnastic team gold medal, beating out Russia and China. Highlighting the team was the individual all-around gold medalist Simone Biles. At 19, the gymnastic phenom has shown that she is now the best women’s gymnast in the world. Biles does have some competition to fight off in the coming years from her own teammate, Alexandra Raisman, who won silver. The stellar performance gave the Americans it’s second straight gymnastic artistic women’s team gold.

With just over a week left in the Rio Olympics, there are still plenty of events left on the slate. The men’s basketball finals will be coming up with the expectation that the American team will take the gold. The final swimming races will be wrapped up on Saturday. The final gymnastic team event will be on Monday, August 15. Lastly, the track and field events will be running through the final day of games on August 21, with the preliminaries for the men’s 100 meter sprint taking place on Saturday.