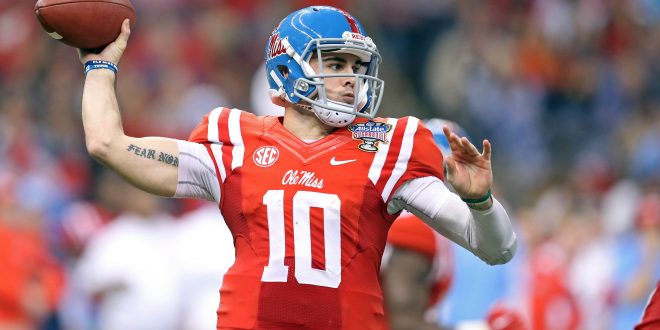 Two teams who are coming off seasons that, at one point, had huge opportunities to make it to the 2015 College Football Playoff, but couldn’t finish the deal. Two teams with extremely high expectations for their upcoming season. Two teams with veteran, battle tested veterans who have a clear desire to win big games.

One of those teams is going  to go home tomorrow very disappointed.

No. 11 Ole Miss is starting it’s season off with a non-conference game against ACC powerhouse and No.4-ranked Florida State, and boy, is this one a doozy. The game features multiple big names, starting with dark horse Heisman candidate Chad Kelly. The senior has one final year to lead his team, and he did a fantastic job last year, producing one of the most successful seasons among Ole Miss QB’s. He threw for over 4,000 yards and tossed 31 touchdowns and helped the team defeat some really tough opponents in Alabama, Texas A & M, and LSU. However, the team also suffered some close defeats to weaker opponents, Arkansas and Memphis, along with a complete walloping they took at the hands of Florida.

With one last year to close it out, there’s no doubt that Kelly wishes to prove the doubters wrong and lead his team to the playoff.

On the other side of the field, the Seminoles have a stud of their own. While Kelly may have Heisman possibilities, if FSU running back Dalvin Cook doesn’t have a season that resembles a trophy candidate, it will surprise many. The junior stud average over seven yards per carry, to go along with 19 rushing touchdowns. Both of those statistics led the conference. And while he had an enormous year for the Seminoles, many were disappointed with the seasons outcome. After a 6-0 start, the Noles were upset by Georgia Tech, then lost two weeks later to the Clemson Tigers, eliminating them from playoff contention. They then went on to fall to Houston in their bowl game 38-24. Cook suffered injuries near the end of the season that prevented him from making the impact he wanted as the season was winding down.

Surely, Dalvin wouldn’t be satisfied this time, and would love to guide his team to the promise land.

Florida State is the favorite with this matchup, but with both teams ranking in the top 15 in the initial AP pole and everyone starting at 0-0, anything is possible.

Two players who are hungry for victory. With threatening opponents standing in their way to start the season. Two teams that want, more than anything, to get back to where they thought they should’ve been last year.

One of those teams is going to go home tomorrow very, very confident.