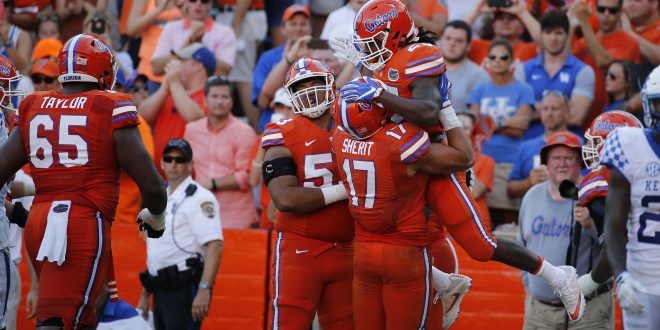 The Florida football team is about to play their third game of the season, but much of Gator Nation’s attention has shifted to the 2017 slate of games. The Gators get an immediate test in the home of the Dallas Cowboys against the Michigan Wolverines.

Florida then makes their way back to the comfort and ease of the Swamp for a pair of home games, and open up SEC play — North Colorado and Tennessee.

The Gators will look to make it 31 straight games over the Wildcats in their second SEC test of the season.

Florida will then make their way to the Music City to face off against familiar opponent Vanderbilt.

The Orange and Blue will then try redeeming themselves against a couple of conference foes in LSU and Texas A&M, before making their way to Jacksonville for their annual border war with Georgia. Florida gets the benefit of a BYE week to rest before their tilt with the Dawgs.

The back end of Florida’s SEC schedule concludes with Mizzou, and Florida’s first visit to Williams Brice in the Will Muschamp era. UAB will buffer the season cap against in-state rival Florida state.