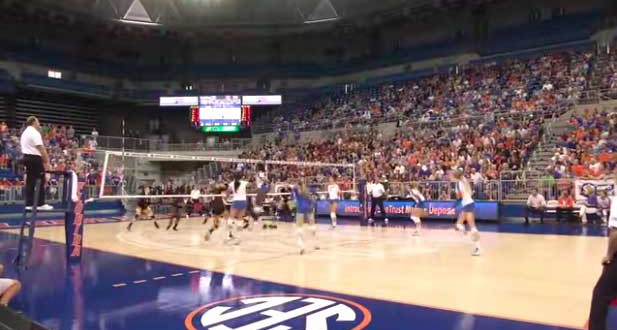 Preview: No. 7 Florida Volleyball Hosts Tournament Over the Weekend

Florida Volleyball (7-1) are officially back at home this weekend and will play their first home game Friday at the Lemerand Athletic Center. The Gators will be hosting the Active Ankle Challenge Tournament as they face off against Florida A&M at noon.

The No. 7 Gators are 7-1 overall and are hoping the continue to add to their winning streak during this week’s tournament.The Gators only blemish on their record was a loss to the defending national champions in top-ranked Nebraska.

The Gators are currently ranked as the No. 1 offense as well as ranking No. 1 in the nation in hitting efficiency.

The teams playing in this week’s tournament are Florida A&M, Jacksonville, and Marshall. The Gators will first face off against FAMU and then Jacksonville at 7:30 p.m. Then the team will play against Marshall on Saturday at 4 p.m.

Junior libero Caroline Knop had a few words to say on the circumstances that the team will face while playing in the Lemerand Center.

TOMORROW we open in the Lem!! See you there, #GatorNation! Especially the @GatorsStudents & @MBKRowdies! #GoGators pic.twitter.com/QdKYmwXMaU

Florida A&M currently holds a record of 2-8 this season, while Jacksonville comes in at 3-6 and Marshall is 9-3.

The first set of the tournament will begin at 10 a.m. Friday and last until Saturday when Florida takes on Marshall. To watch coverage of the Gators tune to the SEC Network or catch live coverage of the games on ESPN Gainesville 95.3 FM. 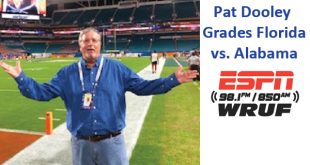