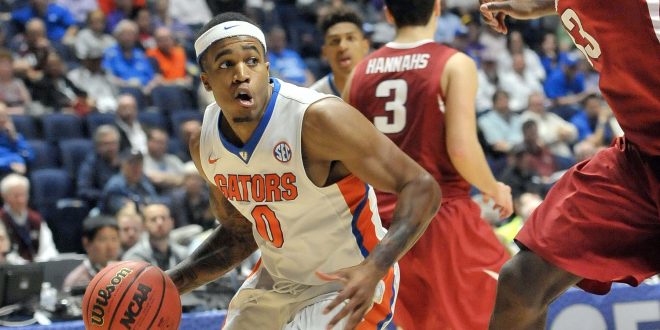 The first-year tournament hosts 16 powerhouse teams in Portland, Oregon in two separate eight-team events. Each team plays three games and one winner will be crowned from each eight-team bracket.

The teams competing in the PK80 are:

It’s an early season tournament that gives teams a chance to measure themselves against some of the best teams in the country, says ESPN college basketball analyst Seth Greenberg. He notes that it will be tough for some teams to leave 0-3 or even 1-2 because the resumes of the participants are staggering. The schools comprise 23 national championships (10 of 16 have won it), 85 Final Fours and more than 380 NCAA championship appearances.

Florida head coach Mike White said he was honored to be invited, expressing gratitude to Knight and Nike. The Gators are coming off a lackluster season that saw them finish 9-9 in the SEC and miss out on the NCAA tournament. The team advanced to the quarterfinals of the NIT before falling to eventual champion George Washington. Greenberg notes that the Gators must do two specific things to crack the NCAA tourney this season.

The team graduated Dorian Finney-Smith, the team’s leading scorer (14.7 ppg) and rebounder (8.3 rpg), leaving big shoes to be filled. Greenberg highlighted sophomore guard KeVaughn Allen as someone who can be a leading scorer. He averaged 11.6 points per game last season. In addition, he mentioned that this is a season where fans will see several players step up and break out.

To contend all season, the team must play better within their conference. The Gators finished eighth out of 14 teams last season in the SEC. Texas A&M edged out Kentucky in the end to win the conference. Surprisingly, Greenberg tagged Mississippi State as a team to fear. The Bulldogs finished 14-17 overall last year, but Greenberg likes how the team has been recruiting.

Florida opens their season this year on Nov.11 against FGCU in Jacksonville, Florida.