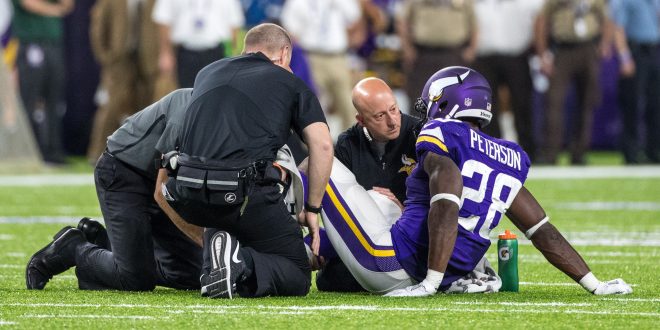 Minnesota Vikings running back Adrian Peterson had a successful lateral meniscus repair this morning. The All-Pro back had only run for 50 yards on 31 carries through a game and half before injuring his right knee last Sunday night against the Green Bay Packers.

Peterson was helped off the field, unable to put any pressure on his right leg. It was announced that he also has a mild LCL sprain that won’t require surgery.

Head coach Mike Zimmer says that anything is possible when asked if the injury is season-ending.

“Could be season-ending, could be three weeks, four weeks, who knows?”

Adrian Peterson has a history of defying odds to come back from injuries better than before. He returned from an ACL tear to lead the NFL in rushing with 2,097 yards in 2012; over 450 more yards than the back in second.

Responsibility now falls in the lap of third-year running back Jerick McKinnon, who was named the starter by Zimmer. McKinnon has 817 career yards on 168 carries, good for a 4.9 yard per carry mark.

There also lies Matt Asiata, and newly added Ronnie Hillman, who was a member of the Denver Broncos the past four seasons.

Hillman should provide a boost, but will also create headaches for fantasy football owners. With Denver he ran for 863 yards last season on 453 carries with 7 TDs.

Coach Zimmer isn’t losing hope, with a 2-0 Vikings team and a hot Sam Bradford at QB, he says this isn’t the type of team to “sit back and cry.”

The team is targeting a December comeback, staying hopeful that #28 will be suited up for a potential playoff run.

Minnesota has a road game with Cam Newton and the vaunted Carolina Panthers defense on Sunday at 1 p.m. 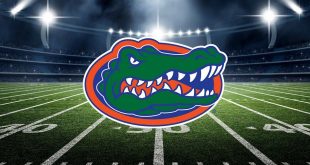