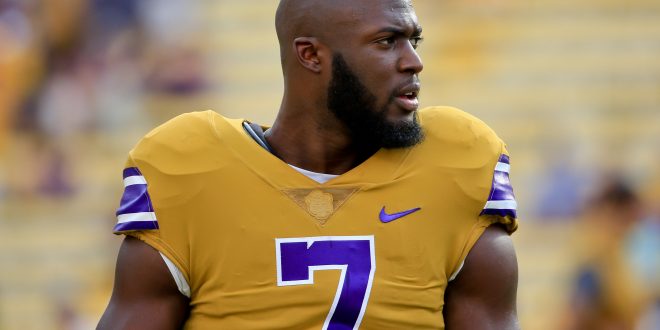 The No. 18 LSU Tigers will take a trip to face the Auburn Tigers this Saturday. LSU is 2-1 (1-0 in the SEC) and looked like the team they were hyped up to be. A team that could be in the College Football Playoff. LSU quarterback Danny Etling made just enough plays to help them win. Etling, on third downs, went six-for-nine for 96 yards and threw for a touchdown.

Miles and his coaching staff will have to prepare Etling and Fournette for Auburn’s defense.

Auburn head coach Gus Malzahn said Steele has done a good job with the defense and they are responding to him. Miles said since they know Steele and Steele know LSU, there won’t be any advantage.

LSU beat Auburn 42-21 last season and since they have been looking forward to playing them again. Malzahn has been making sure the team is focused, but not too anxious going into the game.

Three days and we'll be back playing in front of the #AuburnFamily. #EarnIt pic.twitter.com/1C8ajKPlHZ

Auburn must improve offensively in order for Malzahn to have the best chance to beat LSU. Malzahn says they must find a way for make Auburn quarterback Sean White more comfortable. The LSU defense will be a tall measuring stick for Auburn’s offense.

The game will be Saturday at Jordan-Hare Stadium in Auburn, Alabama. It will be broadcast on ESPN and kickoff is set for 6 p.m.