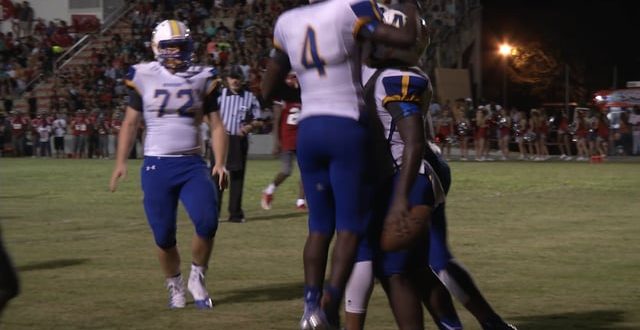 Preview: No. 3 Trenton travels to No. 4 Newberry in District-Deciding Game

The Trenton Tigers are a powerhouse in Class 1A, winning two of the last three Class 1A State Championships.

With a new coach in Bill Wiles, the red, white, and black head into this Friday night’s match up with Newberry at 4-1, with a 2-0 district mark.

The Newberry Panthers are 6-0, 3-0 in District 7, and rallying behind second-year head coach Richard Vester. Wiles spoke highly of Vester.

The Panthers haven’t made the playoffs since 2012, when they fell to the Trenton Tigers 36-35 in overtime of the state semifinals. With Dixie County and Trenton in their district now, Newberry will need to win one of their last two district games (vs Trenton, @ Dixie County) in order to make the playoffs. If Newberry can win both, they will finish the season as district champs. All that’s left after Dixie County is a home non-district affair with Taylor County.

Trenton head coach Andrew Thomas led his team to the state championship and a 54-6 win over Newberry last year but he left to become football coach and athletic director at T.R. Miller High in Brewton, Alabama. Thomas was 60-5 in five years at Trenton.

Wiles is no stranger to the Tigers’ program, having coached there from 1997-2001. Previously as the head coach of Santa Fe High School, Wiles led the Raiders to a 9-4 record and the Class 4A state semifinals last year, upsetting No. 1 Dunnellon 15-14 in the regional finals. It marked the first time Santa Fe, which won state titles in 1991 (3A) and 1994 (4A), reached the state semifinals in 21 years.

Although Trenton has a loss, after going 14-0 last season, they have had a rigorous schedule. Outside of district foe Dixie County (Won 20-13), Trenton faced Wakulla in the season opener (Lost 16-0). Wakulla was last years’ Class 5A State runner-up. The Tigers also faced Port St. Joe (Won 33-27), the team they defeated in the state championship last year.

I see a very big Class 1A game on the docket this week…. Trenton at Newberry… district championship pretty much on the line. #flhsfb

The player to look out for on Newberry’s roster is running back Jacquez Jernigan, who has run for 800 yards with 10 touchdowns through six games, averaging over 6.5 yards per carry, and has four 100+ yard performances.

Newberry is a run-first offense, with over 240 carries on the year compared to 21 pass attempts.

For Trenton, senior Montrez Jackson has scampered for just over 550 yards with a team-leading eight touchdowns. The Tigers like to run as well, with 176 carries compared to 29 pass attempts.

Newberry coach Vester knows this game comes down to running, and who can control the line of scrimmage.