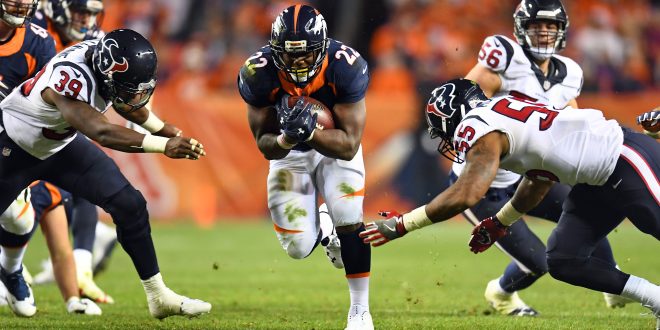 When quarterback Brock Osweiler spurned Denver in the off-season for the four-year, $72 million deal from Houston, it did not sit well with Broncos fans. Perhaps it was the comments Osweiler made about there being a better chance to succeed in Houston, despite the fact that the Broncos were coming off a Super Bowl victory over the Carolina Panthers. The Broncos did not forget the young quarterback’s decision as they harassed, hit, and pressured him all night in a dominate 27-7 victory in the mile-high city on Monday Night Football.

The Broncos never let Osweiler sit in the pocket long and it frustrated the quarterback who had an abysmal night. Osweiler was just 22-for-41 for 131 yards and no touchdowns. Along with that the QB fumbled the ball three times, but lost only one of them. For this Texans offense, throwing the ball more has not been a key to their success.

Brock Osweiler: 1st QB in NFL history to have 3 games in a single season with 200 yards or fewer on 40 att. in each game

The Broncos relentless pass rush produced only one sack, but they constantly put pressure on Osweiler all night long. The quarterback’s struggles have to be credited to the pass rush and not the crowd noise because Osweiler says he expected the boo’s to be louder.

The Denver offense did what it does best – pound the football. CJ Anderson led the ground attack with 107 yards on just 16 carries that included a seven-yard touchdown run. The surprising part was rookie Devontae Booker’s outbreak. The Utah product had 17 carries on the night for 83 yards and scored his first career touchdown in the third quarter on a one-yard run. This was the Broncos first third quarter touchdown of the year.

Denver’s ground game was the key to success but quarterback Trevor Siemian also did enough to keep the offense moving. Siemian was 14-for-25 for 157 yards and tossed one touchdown to Demaryius Thomas, who seems to have a knack for finding pay dirt.

Most Receiving Touchdowns Since 2012

Siemian says when the ground game is going this offense opens up completely.

Up next the Broncos look for redemption when they host the Chargers. San Diego took them down two weeks ago in some Thursday night action. The Texans will return home where they are 4-0 and host the Detroit Lions, who’re just 1-2 on the road.

Im a senior at the University of Florida currently pursuing a degree in Telecommunications. I work for ESPN Gainesville 95.3 and anchor the Monday sports broadcast for WUFT First At Five. Im from New York and an avid sports fan of all New York teams.
Previous NBA Preview: The Orlando Magic Rebuild is Coming to an End
Next NBA Opens Up Season Tonight

NFL Schedule Release The NFL is not altering its plans for the fall, despite the …