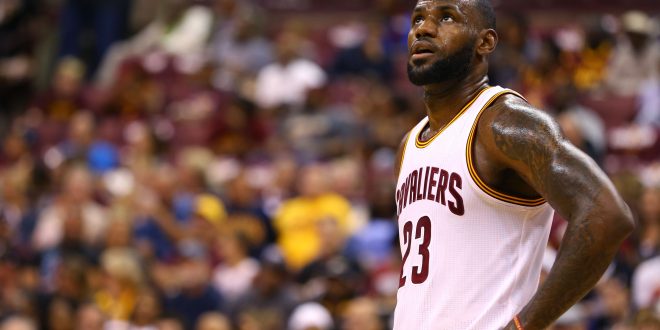 It has been 128 days since LeBron James and the Cleveland Cavaliers came back from a 3-1 deficit in the NBA Finals to defeat Golden State.

Tonight, LeBron and Cleveland will begin their championship defense when they open up the season tonight at home against the New York Knicks. The Knicks are a completely revamped team with the additions of former Gator Joakim Noah and Derek Rose. LeBron and the Cavs will have their ring ceremony tonight before they embark on the 2016-2017 journey.

On the losing end of the NBA Finals were the Golden State Warriors. When you lose in the Championship Series, what better way to recover than add one of the NBA’s best players. Kevin Durant makes his debut tonight in blue and gold as the Warriors host San Antonio at 10:30 p.m. ET. Golden State is taking this opener to recognize one the NBA’s biggest names off the court.

Love. This.
The #Warriors are giving out Craig Sager t-shirts at their opener, and Twitter is debuting a #SagerStrong hashflag at 9a Tuesday pic.twitter.com/TyNRhauNfo

The only other game tonight will feature Utah and Portland at 10 p.m. As for teams in Florida, fans will have to wait until tomorrow. Orlando and new head coach Frank Vogel will get the chance to line up against Miami at home tomorrow night at 7 p.m. ET.