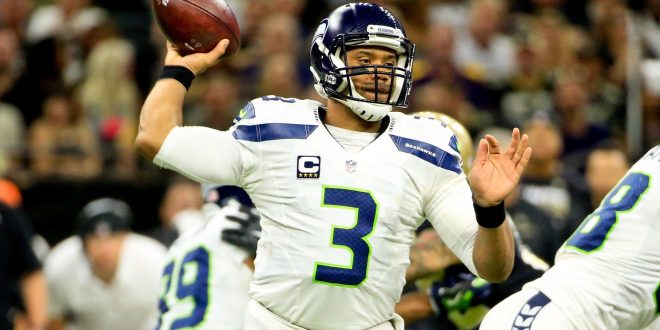 Week 9 in the NFL continues with a Monday Night Football matchup between the Buffalo Bills and the Seattle Seahawks.

Both of these teams have been struggling lately offensively, and with consistency. The Seahawks are coming into this matchup with a 4-2-1 record. Their last outing resulted in a 25-20 loss to the New Orleans Saints. The Bills are 4-4, and coming off a 41-25 loss to the Patriots last week.

It's shaping up to be a beautiful night for football in Seattle! #BUFvsSEA pic.twitter.com/wHjUSIxd4V

The Seahawks offense ranks nearly at the bottom of the league in almost every category. Their defense is what keeps them in games and has led them to be at the top of their division. The offensive line is having trouble protecting Russell Wilson, and because of injury he can’t run the ball like he used to. Bills head coach Rex Ryan says he has been hampered but he looks great in the pocket, but you can see he’s not taking off with it like he used to.

The Bills are coming off two straight losses and are not in great position for a playoff run through the division. They do, however, still have a shot at a wild card spot. The Bills are in  a similar position as the Seahawks, focusing on the strength of their defense since their offensive line has been ridden with injury for most of the season. Seahawks corner Richard Sherman says you still have to respect the things the Bills offense does, because they have explosive players and Tyrod Taylor does a great job getting around in the pocket.

With both teams struggling offensively but having strong defenses, expect this to be a pretty low-scoring game. Both teams are trying to get back on track by ending the season the way they both started it.

Game time from CenturyLink Field in Seattle is set for 8:30 p.m. and can be watched on ESPN.