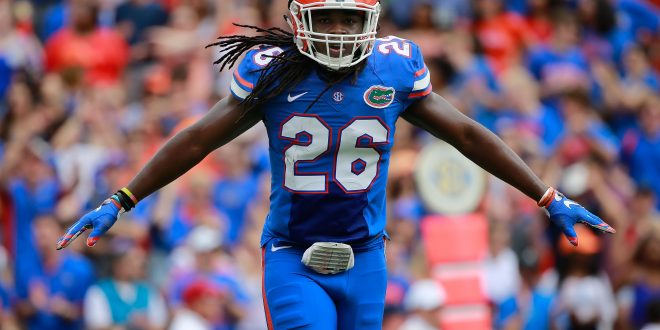 It has been a long four years for Marcell Harris.

The redshirt junior from Orlando has spent most of his time at Florida on special teams and learning different positions as a fill-in on defense. Harris was ready for a breakout season after registering only 29 career tackles. Now, his flexibility and willingness to learn landed him in a spot where he is a leader on the defensive squad. Harris said he is ready for any task at hand as a key part to this defense.

Harris quietly added his name to the top of Florida’s tackling list in 2016. The defensive back has 46 total tackles on the season, which almost doubled his career total. He is only behind Jarrad Davis, Alex Anzalone, and Marcus Maye for the most tackles on this Gator defense this season.

Twelve total tackles for Harris against LSU gives him and the defense confidence going into a huge test at FSU this weekend, a game where all of the players are familiar with each other.

Florida will be without another defensive body this week as Nick Washington is out with an ankle injury. Expect Harris once again to play a huge part in the game Saturday in Tallahassee at 8 p.m.

Previous Florida Takes Down Belmont 78-61; 4-0 for First Time Since 2012-2013
Next Raiders Stage Comeback Against Texans in Mexico