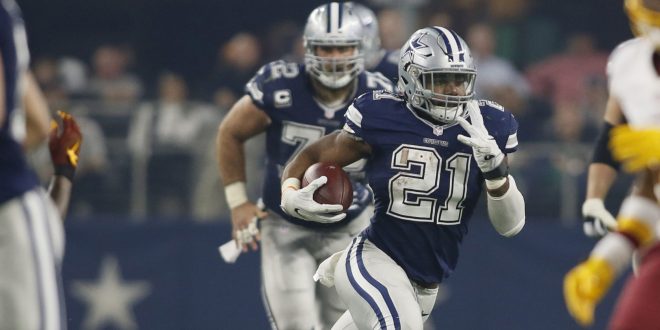 Dallas’s offense may be led by two rookies, but that doesn’t stop them from being top five in the league. Both running back Ezekiel Elliot and quarterback Dak Prescott are even being discussed as NFL MVP candidates, finishing 4th and 5th, respectively, in the most recent ESPN poll Wednesday.

Through 11 games they have a 10-1 record, good for first in the league.

On the other side of the ball, it’s been the Vikings who have shined this year. They’ve allowed the third fewest yards and the second fewest points scored through 11 games, and are third in the league in takeaways. While their offense has faltered, the defense has lifted them to a 6-5 record.

Cornerback Xavier Rhodes has been outstanding this season. He has four interception, including a 100-yard pick-six, and a forced fumble. Safety Andrew Sendejo has also stepped up with two interceptions and two fumble recoveries of his own.

These two teams are very much opposites on each side of the ball. While Dallas is near the top of all offensive categories and near the bottom in defensive ones, the Vikings are near the top in defense and almost dead last in offense.

Both Prescott and Elliot took the time to discuss the Vikings defense and the challenge that it poses to them. And Minnesota Head Coach Mike Zimmer admitted that the Cowboys are the best team they’ve played this season.