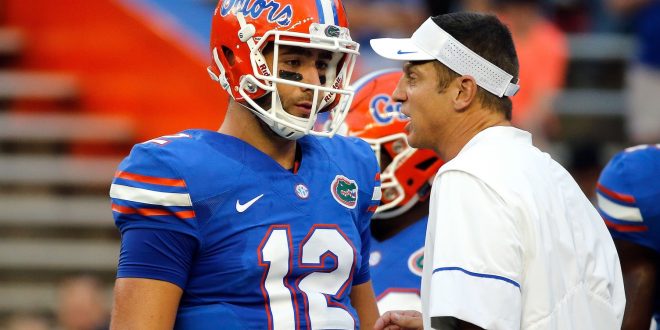 ATLANTA, Ga.—Saturday marked the 25th anniversary of the SEC Championship Game. It featured the Florida Gators and the Alabama Crimson Tide. It marked the ninth SEC title meeting between these two teams, and in the end, it marked Alabama grabbing their third consecutive conference title.

In the dominating 54-16 win over Florida, The Crimson Tide continue to get their roll on in a head turning back-to-back-to-back SEC Championship title run.

The top-ranked team in the nation solidified their spot in the College Football Playoffs and the 15th ranked Florida Gators showed up and showed their SEC East dominance. However, anytime you lose to a team, 54-16 and lose 34-13 the week before to your in-state rival—in a season that was supposed to show an offensive revamp—spectators start to question the coaching staff.

They look to who’s in charge of the play calling. That’s either the head coach or the offensive coordinator.

Doug Nussmeier, Florida’s offensive coordinator, has been with the team since 2015. He worked alongside McElwain as the play caller during their time at Alabama and spent a year at Michigan.

The idea of two former Alabama staff offensive staff members teaming up to reboot a hurting offense seemed to be the right idea. 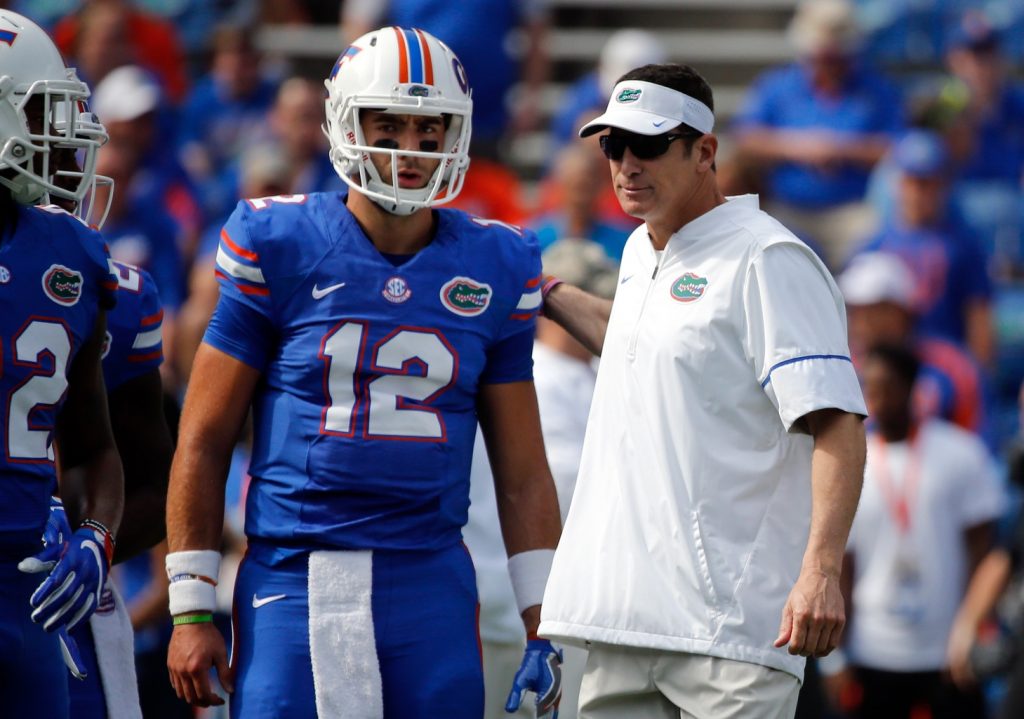 As the Gators are still ranked 104th in the nation in scoring offense, 144th in total offense, and 127th in red zone conversions–people are questioning Nussmeier’s capabilities and future with this program.

Prior to even knowing the outcome of the SEC Championship Game, Jim McElwain and Alabama’s head coach Nick Saban asked to speak on the Gators’ offensive coordinator at Friday’s press conference.

Saban reflected on the work Nussmeier did for him and the Crimson Tide. “He did a great job for us. I mean, we had success with him as our coordinator. He’s a hard worker. He’s very bright. He’s a good play caller. And I think that he did outstanding. I didn’t want him to leave when he left, and we were disappointed, but it was a great opportunity for him. He’s, I think, doing a good job with the players that he has right now.”

And coming from Florida’s side, McElwain explained his outlook on the situation prior to the 54-16 loss to Alabama…

“He’s done an outstanding job based on the hands we were dealt when we got here and figuring out those parts and those pieces and giving us opportunities to win ball games has been really good. Obviously, there’s things that need to be continually tweaked and looked at. You know what, the one thing I do know is our guys play their tails off, and that’s great to see,” McElwain explained.

In Saturday’s game, Florida quarterback Austin Appleby threw three interceptions in the first half against the Alabama defense. Florida had the opportunity to grab another early touchd 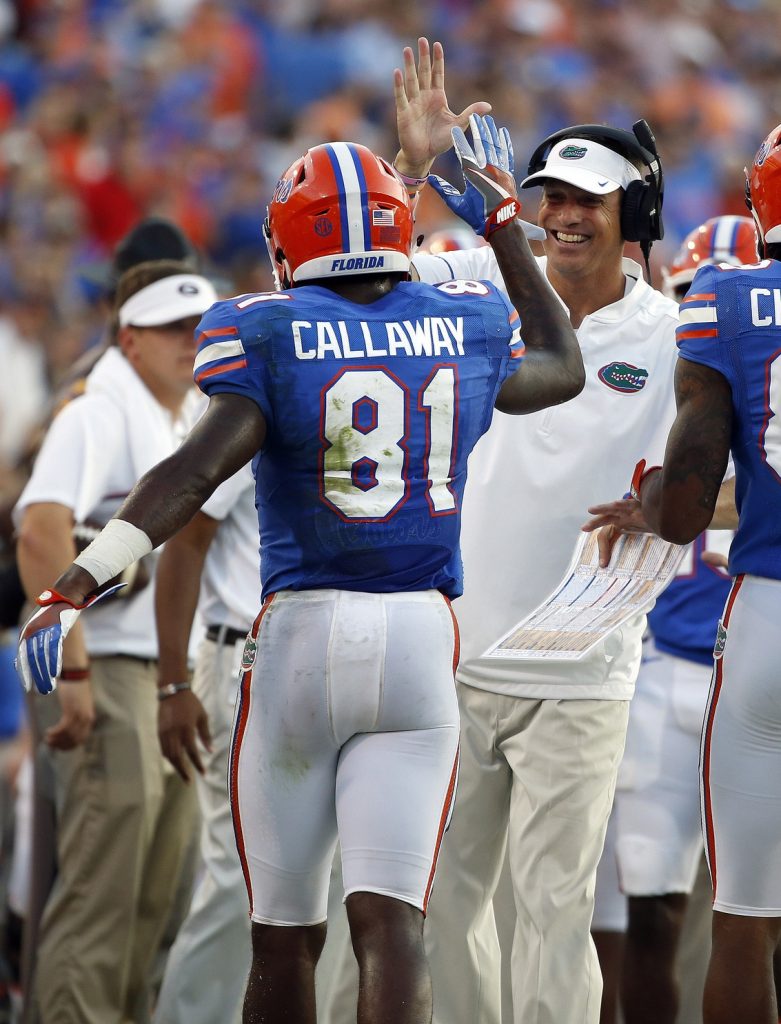 own in first half down on the goal line but couldn’t get past the brick wall of the Crimson Tide defense. In the second half, Florida failed to get into the end zone and get anything going on the ground as they had zero rushing yards.

Appleby capped off his night with a total of 261 passing yards and two touchdowns.

Florida started the game off hot, converting every third down situation they faced, but three-and-out became the norm after.  Doug Nussimeier is in his second season with the Gators. Will McElwain want him back for a third-year situation or will he force a two-and-out situation for the offensive coordinator?

Only time will tell. For now Alabama is the first team to win three straight SEC Championship titles—since Florida grabbed four straight back in the 1990’s.

A senior at the University of Florida reporting on Gator sports, local Gainesville and surrounding area sports, and telling the stories of local athletes. Born and raised in Gainesville, Florida with a passion for telling people's stories and having fun doing it.
@SportsDarwinism
Previous Alabama Rolls Over Florida in SEC Championship
Next Gator Volleyball Falls to Florida State, Leave NCAA Tournament Early