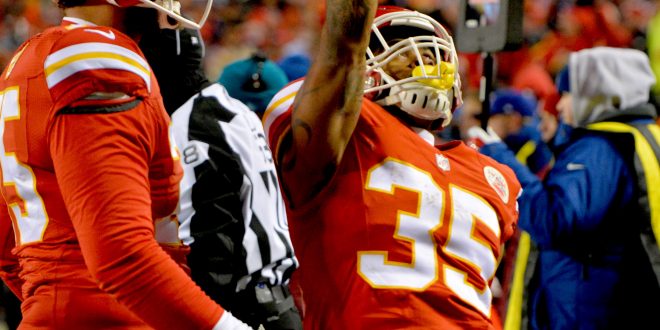 The Oakland Raiders seem to have found their Achilles’ Heel. Unfortunately for them, that Achilles’ Heel is in their very own division.

The team hadn’t lost a game since October 16, winning six straight games. The team they lost to on October 16? Kansas City.

We now have back-to-back 10-win seasons for the first time since 1992-93, and we are not done yet! #ChiefsKingdom pic.twitter.com/2WZJ6aNN6W

The Chiefs defense once again proved to be crucial to Kansas City’s success. The normally explosive Raider offense seemed stifled most of the night, especially in the passing game.

But it wasn’t just Eric Berry and the impressive KC defense that deserves the credit. Carr’s injured finger visibly altered his grip on the football on a number of occasions, leading at least in part to a putrid 7.6 QBR. Throw in a  number of dropped passes, including on what could have been a long touchdown in the fourth quarter to Cooper, and Carr certainly has a viable defense for his struggles.

Keeping up With Kelce

Chiefs quarterback Alex Smith certainly outperformed Carr, throwing for 264 yards and a touchdown. Much of that success can be traced back to Smith’s favorite target, tight end Travis Kelce.

Kelce led all Chiefs players in targets with eight, catching 5 passes for 101 yards. Meaning, Kelce on his own was just 10 yards shy of the entire Raiders team on the night. His overpowering performance even inspired Kelce to taunt Oakland punter Marquette King, with his own trademark celebration.

With the victory, the Chiefs now control their fate in the AFC West. While they now own the same identical record as Oakland (10-3), the two victories over the Raiders on the season gives them the tiebreaker. The Raiders will have to hope for a KC slip in order to win the division.

The Chiefs next take on the Titans on Sunday December 18. The Raiders, meanwhile, will visit San Diego to take on the Chargers.