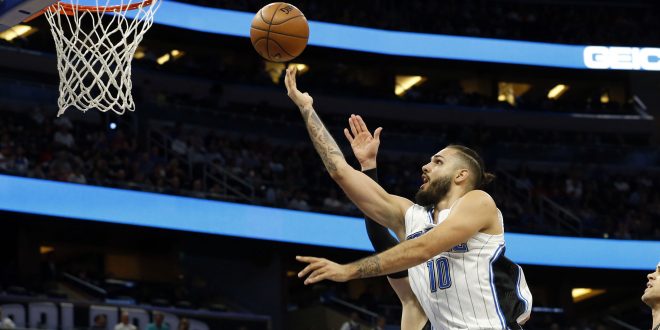 The Orlando Magic is coming off back to back home losses when they take on the Huston Rockets Friday night in Orlando. The Rockets (28-9) are sitting third in the West just behind division rival, San Antonio Spurs. The Rockets head into Friday night’s game on fire with six consecutive wins, averaging 124 points in the last ten games with its latest coming from 118-116 win over the Oklahoma City Thunder in Huston Thursday night.

Rockets shooting guard James Harden had six turnovers in the game against the Thunder but that did not stop him from becoming one of six players on Houston’s roster to reach double figures. Harden ended Thursday’s game with a double-double of 28 points, 12 assists, and eight rebounds. The Rockets will use their high scoring play to expose the weak Magic defense, who hope to win their third consecutive game against Houston.

However, the Magic’s struggling defense will have to step up in order to make a third win possible. Magic’s head coach Frank Vogel says his team is just not there yet when it comes to having a strong defense. Vogel says it will be a challenge facing such a high scoring team but says it doesn’t matter who the Magic are going up against, they need to continue on working on their defensive game.

The Magic will have to do their best in the front court to expose Houston to have a chance at the win. Orlando guard Evan Fournier says the team must stay in front of the rockets to make the Rockets work for the points they are going to score.