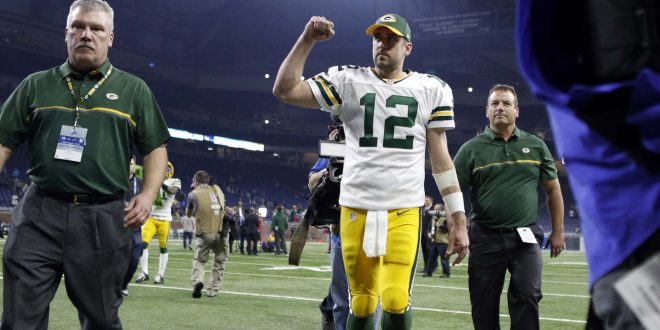 The NFL Wild Card kicks off Saturday and the quarterback situations could not be any more different.

The only quarterback with a Super Bowl ring playing in Saturday’s slate of Wild Card games is Russell Wilson as the Seahawks face off against the Detroit Lions in Seattle. In the playoffs, he averages a 60.5% completion rate. In all four of his playoff stints, Wilson has led his team to a game-winning drive.

Two-time Super Bowl winning quarterback, Ben Roethlisberger, will face off against the Miami Dolphins in the first of two Wild Card games Sunday. He averages a 61.5% completion rate. This is Roethlisberger’s ninth playoff appearance.

In the final game of the Wild Card round, it is a battle between two Super Bowl winning quarterbacks as Eli Manning and the Giants travel to Lambeau Field to take on Aaron Rodgers and the Packers.

Aaron Rodgers will attempt to notch his team’s seventh win in a row as their late-season surge landed them in the playoffs. Rodgers leads the Super Bowl winning quarterbacks in completion percentage with a rate of 63.8%.

The Oakland Raiders were optimistic a few weeks ago as they clinched the playoffs for the first time since 2002. Derek Carr controlled the reigns and their goal became to finish the regular season as the leader of the AFC West. However, fate had a different plan for the Raiders. Carr suffered a season ending injury as he broke his fibula in the match up against the Indianapolis Colts.

The next man up became former Penn State quarterback Matt McGloin. That was, until McGloin went down in the second quarter of the Denver Broncos game with a shoulder injury.

Next man up: rookie Connor Cook. Despite Cook’s lack of NFL experience going into the Raider’s most important game in over a decade, his resume at Michigan State may give him the benefit of the doubt. Without a doubt, his ceiling is higher than McGloin’s, so who really knows what will come of this?

"I think @Connor_Cook03 has the confidence and trust in his guys to make plays."

The Texans have seemingly been wrestling over their quarterback spot for a couple weeks now. It began in their game against the atrocious Jacksonville Jaguars as the $72 million dollar man, Brock Osweiler, struggled to get anything going. Down 13-0, Osweiler was benched for Tom Savage. Savage did not account for any touchdowns, but he did do something Osweiler was unable to do — get his team in field goal range. The Texans went on to win with field goals and a safety.

In their last contest against the Tennessee Titans, Savage was knocked out of the game with a concussion, causing Osweiler to take the field. Coach of the Texans, Bill O’Brien, has made it clear that Osweiler will get the start regardless of Savage passing concussion protocol.

“If [Savage] were to clear, then he would be the backup quarterback. If not, it’ll be Brandon Weeden.”

As news broke yesterday that Ryan Tannehill is a no-go due to his sprained left knee, Matt Moore will make his fourth consecutive start and playoff debut for the Miami Dolphins. In his four game stretch, Moore has a passer rating of 105.6, which is higher than Tannehill’s career-best 93.5 this season.

Ryan Tannehill will not play in Sunday's playoff game against the Steelers.https://t.co/PylreVoKin

The Dolphins are facing off against the Steelers in Pittsburgh, who they defeated earlier in the regular season. However, Tannehill was at the helm instead of Moore.