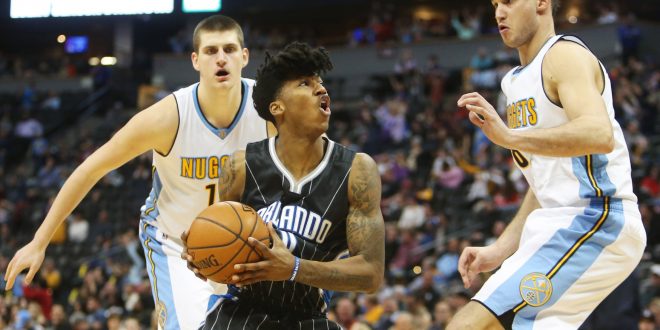 The Denver Nuggets took down the Orlando Magic 125-112 at the Pepsi Center on Monday. It was a strange game on Martin Luther King Day for these two teams. Tip off  came at 5 p.m., much earlier than most NBA games are usually played and the arena was half empty.

The Nuggets are now on a two-game winning streak while the Magic have lost eight of their last 10 games. Recently, defense has been an issue for Orlando and Denver center Nikola Jokic took advantage of that with a career-best performance. He went 13-for-19 from the field and notched 30 points and five assists.

For the Magic, Nikola Vucevic moved to 10th on Orlando’s all time scoring list after scoring 17 points and Elfrid Payton scored 20 points to lead the team.

The Nuggets led the Magic 69-61 at the half and gained an even bigger lead by outscoring Orlando 31-22 in the third quarter. Denver’s offense tore apart the Magic’s defense, shooting 58.4% from the floor. The Nuggets scored 76 of their points inside the paint.

Magic coach Frank Vogel says Denver has been on a roll offensively lately but said that his team did not play with enough energy to compete. Orlando, with Payton leading the way, pulled within 12  points with less than five minutes in the game but it wasn’t enough.

This isn’t the first time the Nuggets gave the Magic a run for their money. Earlier this season on December 10th Denver won 121-113 in Orlando and shot 56.6% for the game. It was their season high shooting percentage but Denver managed to top that in this game. Vogel says the Nuggets and Jokvic are playing terrific basketball and that Jokvic helps create a spread offense that the Magic couldn’t handle.

The Magic now head to New Orleans to take on the Pelicans for the final contest of this six-game road trip. pic.twitter.com/W4nIJZtczN

The Magic will complete its six-game road trip tomorrow night in New Orleans against the Pelicans. Tip off is at 8 p.m.