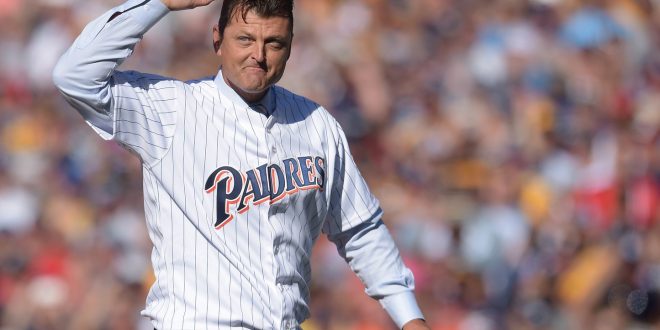 Congratulations to Tim Raines, Jeff Bagwell and probably Ivan ‘Pudge’ Rodriguez.  If you’re reading this after Jan.18, there’s a good chance they’ve been inducted into the Hall of Fame. Each represented the elite of their positions and the voters deemed them fit for baseball’s version of Heaven.

But of course, there were players that were left out. Maybe the 10-player ballot became too restrictive for voters. Or unfounded whispers of steroid use cast shadows too large for some players to escape. Well-meaning, but ultimately misguided, reasoning might have even acted as a blockade. Whatever the excuse, a few players are on the outside looking in for another year. Here’s a look at the unfortunate bunch.

(Author’s note: This article was published before the 2017 inductees were revealed. I will be using Ryan Thibodaux’s ballot tracker to determine players most likely to not get inducted in 2017. At the time of this writing, 55 percent of voter ballots were tallied. Players need 75% to be inducted)

The ‘DH’ next to Martinez’s name is caustic. It slowly tumbles through his elite stats, corroding his remarkable .312/.418/.515 career line. It eats away at his 2,247 hits and 309 home runs. The argument against him is simple. Because the life-long Mariner did not play a position on the field for the majority of his career, he does not deserve to be inducted. It’s true, in his 18-year career, he played more than 400 innings at a position (3B) only five times. And in only two of those seasons (1990-91), he amassed what we’d consider a year’s workload of playing the field.

But it’s foolish to dismiss the value he brought to the plate, especially when you consider he didn’t fully arrive until 1990, his age 27 season. Martinez moved to DH not because he was a sub par defender (he wasn’t), but because his teammate Mike Blowers was simply a better one. His move to DH bettered the Mariners team.

241 players in MLB history have played at least 2,000 games.
Only 11 of them have a higher career OBP than Edgar Martinez (.418)#EdgarHOF

Red Sox hero David Ortiz retired in 2016 and many are already envisioning him as a first-ballot hall of famer in 2021. And while he did hit 541 home runs and notched 2,472 hits, he has nearly 400 more games to his name than Martinez and a slightly worse .286/.380/.552 line. ESPN baseball writer Jerry Crasnick believes Ortiz and Martinez should both be in. But people should not clamor for the former’s induction while simultaneously barring the latter. Luckily for Martinez, a 65 percent vote grab represents a 20-point jump from the previous year.

Much like Martinez, the ‘RP’ next to Hoffman’s name is divisive. He represents he first true modern era closer to have a case in the Hall. Twenty-four year veteran Dennis Eckersley was inducted into the Hall, and he too was used as a one-inning closer for the final 11 years of his career, but there’s one major difference between he and Hoffman: Eckersley was a starter for the first 12 years. He was an average one, but it allowed him to accrue enough counting stats to forgive his mid-career switch. Hoffman has only ever been a closer and his saving grace is the number 601. That is, he’s one of only two players with more than 600 saves and held the record before Mariano Rivera broke it. Regardless of how flawed the save statistic is, 601 hard to ignore.

Crasnick voted for Hoffman in his ballot, citing that Hoffman gave massive stability to the Padres bullpen for 15 years. But besides amassing a sheer amount of saves, which is an entirely team-dependent statistic, did he shape baseball history? The more crucial question then becomes what did Hoffman do that Lee Smith didn’t? Smith pitched 200 more innings, had a higher WAR and more than a third of his appearances were at least two innings, meaning he provided more value to his team from the bullpen. Is 123 fewer saves really the sole reason Smith falls off the ballot this year but Hoffman probably gets inducted next year?

Vladimir Guerrero, OF (71% of the vote, first year on the ballot)

Guerrero is an interesting case. Already garnering such a high vote tally usually indicates that he’ll eventually make it. But voting for him means acknowledging that career peaks sometimes mean more than the overall body of work. Guerrero played for parts of 16 seasons, but was really only good for 11 of them. From 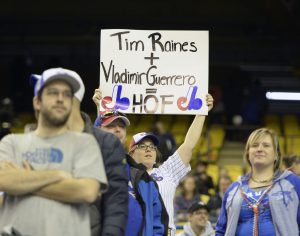 That 11-year peak is formidable. Should it matter that from 2009-2011 (1,640 plate appearances) he had only 0.9 WAR and was basically a replacement-level player? Probably not. Guerrero is admittedly in the gray area — the so-called Hall of Very Good. If you squint, you can make a case. Given that he amassed 52 WAR in only 11 seasons, had a legendary arm (but was a bad defender) and was one of the best bad-ball hitters in history, there shouldn’t be any outcry if he makes it in the next two years.