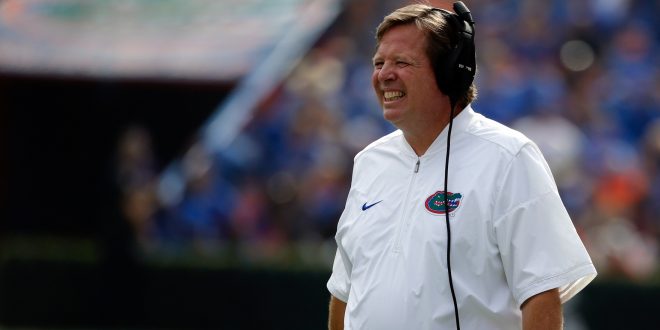 James Robinson is officially a Gator. Robinson is a four-star recruit and ranks as the nation’s No.114 overall prospect in the 2017 class according to the 247Sports Composite.

Considered the No. 14 wide receiver in the country, Robinson from Lakeland, FL was a lean for the Gators throughout his recruiting journey. However, a run-in with the law almost derailed his plans.  Last week, Robinson was cited for marijuana possession during an official visit to Ohio State.  He was fined $250, but the biggest punishment was the state of his college future.  Both Florida and Ohio State subsequently pulled their offers to Robinson. On Monday, Robinson tweeted that he would not be signing on National Signing Day and that his recruitment was now open.

Everything changed on Wednesday.  Florida sent a National Letter of Intent to Robinson, and he signed.  In his press conference on Wednesday afternoon, head coach Jim McElwain praised Robinson for the player he is and reminded the room that everyone has made regrettable decisions. Coach McElwain says he is excited for the opportunities Robinson will have as a Gator.  The 6’4” and 205 LB freshman will be a strong addition to the wide receiving core.

Check out some of Robinson’s highlights here: