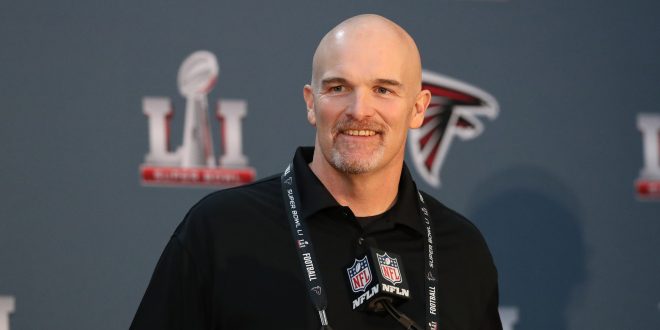 With his Atlanta Falcons heading to the Super Bowl, Dan Quinn can finally prove his coaching prowess without a shadow of a doubt.

51 years. Time for the wait to end. Atlanta is ready.@Ludacris narrates 'A City Waits'.

Before leading Atlanta to the Super Bowl, Quinn spent his coaching years moving quite a lot. Here is a list of his previous coaching jobs:

During his first season with the Falcons, Quinn started 5-0, but ended the season 8-8. Now in his second go-around, Quinn and the Falcons finished the year with an 11-5 record, which was good enough to win the NFC South as well as clinch a first-round bye in the playoffs.

To help him this season, he’s enlisted some familiar help. In his second draft as a NFL head coach, the team selected Florida DB Keanu Neal with the 17th overall pick and signed free agent Brian Poole, another Gator. While with Florida, he helped recruit the two.

Not only does Quinn have these two key players on his roster, but star receiver Julio Jones is another key for him and his team. Coach had a few word to say on Jones’ competitiveness.

This isn’t the first time Quinn has faced the Patriots in the Super Bowl. During his time as a defensive coordinator with the Seahawks during the 2014 season, he took on the Patriots in Super Bowl 49 but fell short and lost 28-24. This weekend’s matchup will be Quinn’s chance at redemption.