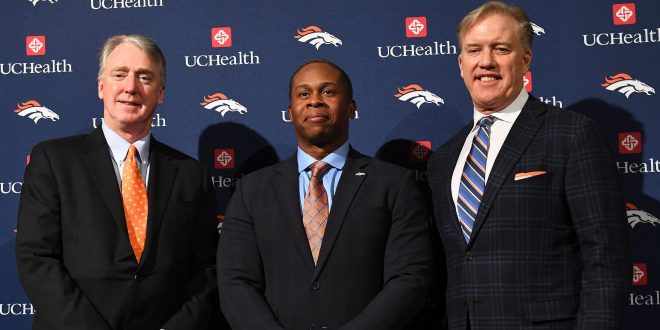 The quarterback is the leader on the field, as well as the most scrutinized player on the field.  The Denver Broncos were 9-7 last season. They barely missed the playoffs behind the quarterback play of second year player Trevor Siemian and rookie Paxton Lynch.  The Broncos believe in the young talent that they have under center, but John Elway the general manager of the Broncos has not ruled out bringing a veteran on with the team to help groom his young talent.

The free agency process starts today in the NFL and looking around the league, there are a few veteran quarterbacks that could peak the Broncos’ interest.

After the emergence of Dak Prescott in Dallas, Tony Romo has been one of the most talked about quarterbacks in regards of where he will play next.

Tony Romo to the @Broncos?

Many NFL reporters have been speculating where Tony Romo will land next. Some have speculated that the potential landing spots include the Houston Texans or the Cleveland Browns.  Tony Romo still has some good years of football ahead of him if he can stay off the injury list.  Tony Romo still may even stay in Dallas. If he does leave, the Broncos definitely might make a run at this veteran quarterback.

NFL fans may cringe at the name Jay Cutler as he has had an up and down career with the Chicago Bears.  Although Jay Cutler has tons of potential due to his arm strength, his height, and his flashes of greatness, he never was able to get it done for Chicago.  After being hurt for almost the entire season last year his time is most certainly done with the Bears. Cutler is indeed looking for a new home. With a dominant defense in Denver, Cutler might be just enough to get the Broncos over the hump.

Glennon and Taylor are on the move from the Buccaneers and the Bills respectively.  They represent two of the other names circulating around the NFL as teams look to acquire new talent at the position.  Glennon used to be the starter for the Buccaneers until Jameis Winston came along.  Tyrod Taylor was once the starter in Buffalo, but is on his way out after not leading the Bills to the playoffs.  The Broncos are probably not looking at these quarterbacks as they are not the seasoned veterans that Elway is looking for.  But as Elway said you have to keep every option open during the offseason, and look at every prospect.

Only time will tell if the Broncos do in fact add another quarterback to their roster during this offseason. They may yet decide to instead keep the young guns Trevor Siemian and Paxton Lynch under center.