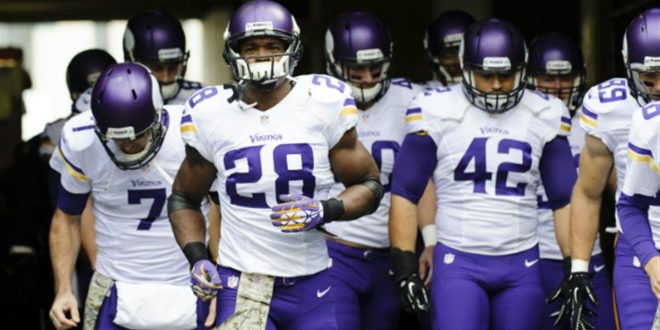 The Minnesota Vikings recently released running back Adrian Peterson, and are in search for a solution at the quarterback position.

On Tuesday, the Minnesota Vikings released running back Adrian Peterson. For the Vikings to keep Peterson, they would have had to have exercised his $18 million option. On Wednesday Peterson told ESPN the “door is still open to find some common ground” regarding playing with the Vikings in 2017, however. On the same day, Vikings general manager Rick Spielman expressed his want for  Peterson to return to Minnesota.

Job 8:7 Your beginnings will seem humble, so prosperous will your future be. My mindset pic.twitter.com/YPJdRycu92

Following his release from the Vikings, Adrian Peterson posted this video to Twitter. Peterson’s intent to return ready for the 2017 season is obvious, whether that is with the Vikings or not. He also expressed interest in a possible move to the Oakland Raiders, specifically because of their strong offensive line. The New York Giants, Houston, and Tampa Bay have all been linked as possible destinations for Adrian Peterson as well.

Who will be the QB?

Minnesota is currently in quite a pickle when it comes to the quarterback position. While still having Sam Bradford and Taylor Heinicke, you typically need more than two available quarterbacks on your roster. The Vikings are paying over $2o million for these two quarterbacks per year, leaving little wiggle room to sign another big name quarterback. Teddy Bridgewater remains injured with no set timeline for return, and Shaun Hill is set to become a free agent on March 9th. Meaning, the Minnesota Vikings need to sign a free agent quarterback.

Here are some possible free agents and their stats from the 2016 season, per nfl.com:

As you can see, the Minnesota Vikings have a good amount of options to choose from. Although, there is a rather vital question that we don’t yet have an answer to. Will the Vikings break the bank and sign a replacement for Sam Bradford, or will they look for a player to play as a backup? Once they have made this decision, we will have a better idea of who they might sign. Until then, the Minnesota Vikings have some tough decisions to make. Should the Vikings bring back Peterson, or sign a big-name quarterback? Bringing back Adrian Peterson would surely be expensive, although the Vikings would be paying the same amount, if not more, to sign a top-tier quarterback.

Previous Denver Broncos Exploring All Options At Quarterback
Next Cavs vs Celtics Recap: The Battle Of The East? 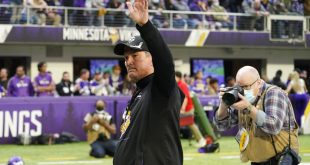