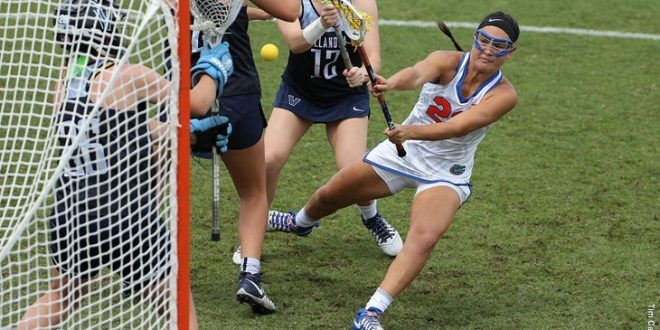 Gator Lacrosse Improves to No. 2 in IWLCA Poll

On Monday, the Intercollegiate Women’s Lacrosse Coaches Association announced that the Florida lacrosse team moved up in its ranking. Now at No. 2, this is the highest the Gators have been ranked all season.

Road to the Top

The Florida team began their season in the No. 3 spot. After moving down to the No. 4 ranking after a loss against North Carolina, the Gators are now ranked above the No. 3 Tar Heels. Florida currently holds a 13-2 record, only falling behind No. 1 (15-0) Maryland. The Gators received their highest rank of the season after coming off an undefeated week. Florida beat the Villanova Wildcats 19-9 on Apr. 12, exploiting their home field advantage. Coming up big in the draw circle, Sydney Pirreca had a career-high six draw controls and Mollie Stevens finished with seven.

Florida also clinched a big win against Butler on Apr. 15. With a final score of 22-2 against the Bulldogs, this is the largest margin of victory for the Gators all season. The senior attacker, Mollie Stevens, made University of Florida history during the defeat. Former Gator midfielder Shannon Gilroy previously held the record for most draw controls in a single season at Florida with 83. Stevens surpassed this in her impressive play against Butler, leaving her with a record high of 85 draw controls this season. With two more games remaining in the regular season, Stevens can set the bar even higher for this University of Florida record. In addition to dominating all aspects of the game, the win over Butler confirmed Florida’s participation in the BIG EAST Tournament.

After building the program from the ground up, Florida Head Coach Amanda O’Leary’s foundation has come a long way. It is now the eighth season since the women’s lacrosse team debuted in their opening season in 2010. The Gators have maintained a winning record in the 2017 season despite facing No. 1, No. 3, and No. 5 teams along the way. With only two conference games remaining in the regular season, the Gators have their eye on the BIG EAST Tournament. Florida won the BIG EAST Tournament last season for the second year in a row. Many accomplishments have been made throughout the program’s existence; however, a national championship remains the ultimate goal.

Previous Derek Carr Ready to Lead the Raiders in 2017
Next NBA Playoffs Preview: Game 2 of First Round 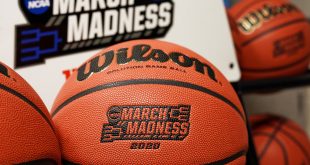