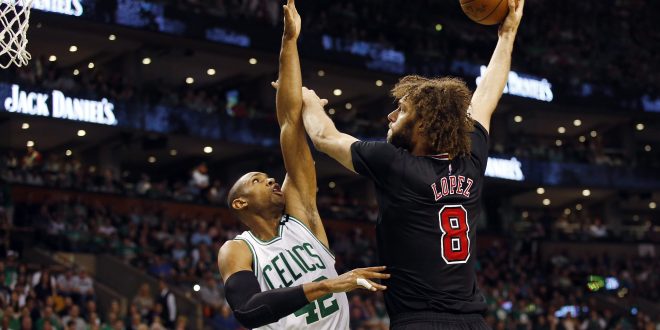 The NBA playoffs are underway with teams yearning to win Game 2 of the first round. Tonight on April 18th, three games are taking place between Milwaukee and Toronto, Chicago against Boston, and Utah versus Los Angeles. 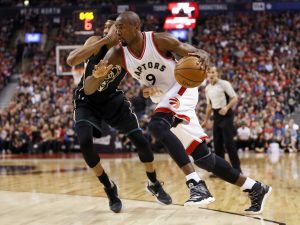 With Game 1 finishing with a loss for the Raptors of 83-97, nothing has changed–The Raptors continue to lose in Game 1 since being coached under Dwane Casey. If the Raptors want a shot at winning tonight’s game, they need to take down Giannis Antetokounmpo. Antetokounmpo shot an all-time high with 28 points. Not only does Toronto need to shut down Antetokounmpo, but they also need to keep their energy up. In the second half of Game 1, Toronto was outscored 51-32. The Raptors offense was off. Toronto Raptors Guard Kyle Lowry failed to score double points for the first time since January 3rd at San Antonio. While the Bucks were playing good defense, the Raptors should be coming back for revenge and more energy in tonight’s game.

The top-seeded Boston Celtics are back in action tonight and are hungry for a win tonight after suffering from a loss of 106-102 to the eight-seeded Chicago Bulls. The Bulls may have taken this win, but they have not won two games in a row against the Celtics since January of 2015. The Celtics were playing well offensively with point guard Isaiah Thomas scoring 33 points in Game 1, but they need to keep up their defense. Bulls small forward Jimmy Butler showed the Celtics what they were missing out on by scoring 30 points. Let’s see if Boston can pick up the slack and take home a win tonight.

In Game 1, the Clippers ended with a surprising loss of 97-95 at their home court, but they are bringing back the energy tonight for a win. The winning point was scored by small forward Joe Johnson as the time expired. The one thing that Clippers have in their favor tonight is the players that are injured for Utah. Center Rudy Gobert will not be playing in Game 2 due to a hyperextended left knee injury after colliding into Clippers forward Mbah a Moute. The Clippers also need to see more offensive play from their team. Although point guard Chris Paul scored 25 points, 11 assists and seven rebounds in Game 1, shooting guard J.J. Reddick scored only seven points. Among the Clippers competitiveness, their advantage due to Utah’s injured players, and a little more offensive play, the Clippers have a great shot at making a comeback in Game 2.

Previous Gator Lacrosse Improves to No. 2 in IWLCA Poll
Next BREAKING: Egor Koulechov To Transfer To The University of Florida