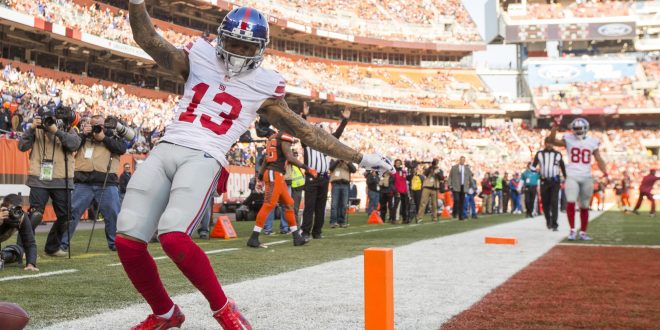 The notorious “No Fun League” might be somewhat fun now.

At the NFL Spring League Meeting, NFL Commissioner, Roger Goodell announced six rule changes to the game, but one stood out among the rest. TOUCHDOWN CELEBRATIONS ARE BACK… sort of.

So long are the days of Chad Ochocinco’s golf put celebration and Terrell Owens signing a football with a sharpie he hid in his sock after scoring, but now new stars have the chance to shine.

What is and isn't allowed under the NFL's celebration rules?

For starters, this is not allowed. Damn shame. https://t.co/kKa6YH4pOI pic.twitter.com/w3LlhSh6el

In 2016 a total of 29 penalties were called during touchdown celebrations resulting in grand total of $310,301 worth of fines levied against the players responsible.

Goodell says this rule change comes after discussing with players, coaches, and fans on how to make the game more enjoyable. This was an opportunity to begin peeling back the layers of how serious the game has become and the league jumped on it. Goodell also went on to add that this is giving players the freedom to express their joy and individuality.

Originally from Ocala, Florida. University of Florida Class of 2017. Avid FIFA player willing to beat anybody. Follow me on Twitter for everything you need to know!
@JoshLaSelva
Previous NBA Playoff Preview: Cavaliers Look to Close Out Celtics in Game 5
Next Crimson Tide Look To Bounce The Gators