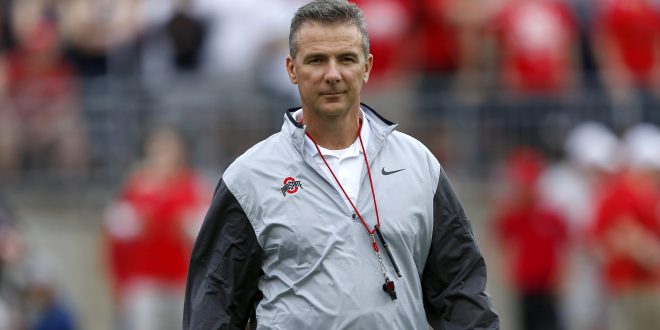 The No. 2 Ohio State Buckeyes and No. 10 Oklahoma State Cowboys are ready to open a college football weekend full of high-profile matchups on Thursday night. Oklahoma State will host the Tulsa Golden Hurricane and Ohio State will hit the road to take on the Indiana Hoosiers in Bloomington.

The last time head coach Urban Meyer’s Ohio State squad was in action, they were soundly defeated by the eventual National Champion Clemson Tigers in the College Football Playoff. This year, the Buckeyes return 15 starters. Last season, a year in which they finished with an 11-2 record, they returned just six. Meyer says compared to last year, the comfort level is a bit higher heading into this season’s opener.

On the offensive side of the ball, another story to keep an eye out for is Kevin Wilson’s return to Indiana. Wilson coached the Hoosiers from 2011 to 2016. During his time in Bloomington he had a 26-47 record.

Indiana will also host to ESPN College GameDay. This marks the first time the show will be in Bloomington for a football game.

Head coach Mike Gundy says the running back rotation will center around when Hill needs a break. Gundy also added that his defense needs to be prepared to make plays and will gain valuable experience this week.

Gundy also touched on Tulsa’s quarterback situation and how there’s not a lot of film of their potential starters. The Golden Hurricane put up huge numbers on offense last season but lost some key components of that success, including former quarterback Dane Evans. Head coach Philip Montgomery is yet to name a starting quarterback as the battle between sophomore Chad President and freshman Luke Skipper is still ongoing.

Ohio State will face Indiana at 8 p.m. on ESPN. The Tulsa-Oklahoma State matchup is scheduled for 7:30 p.m. in Stillwater, Oklahoma. Lastly, the unranked UCF Knights are also slated to play tonight. They’ll host the FIU Golden Panthers at 6 p.m.

You ready? We are. 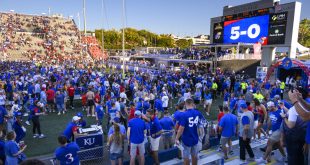 The Kansas Jayhawks have started the 2022 season by shocking the nation. The basketball powerhouse …