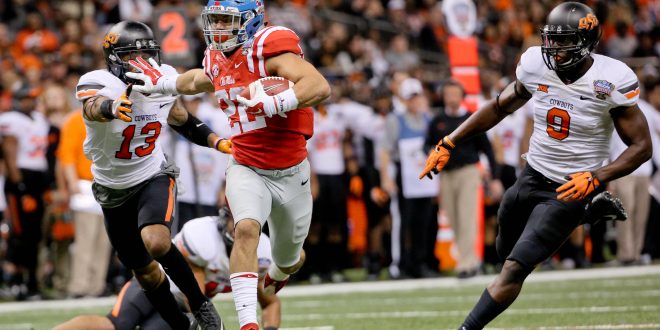 To kick-off their 2017 college football season, the Ole Miss Rebels will host South Alabama on Saturday, Sept. 2. Game is set for 7:30 PM ET.

It is a new year, a new football season and a chance for a clean slate. And after last season, those words mean endless possibilities for Ole Miss’ 2017 season, team and program.

The Rebels ended their rocky 2016 football season with a record of 5-7. In addition to a rough season on the field, their football program, and former head coach, Hugh Freeze, were placed in the hot seat.

Before Freeze resigned from his position on July 20, he was under the microscope for alleged recruiting violations. Also, Ole Miss has self-imposed several penalties, including a postseason ban, and an NCAA investigation continues.

Changes and Looking Ahead

However, Ole Miss is more than just a school and a football team for the new head coach, Matt Luke. Before he was on the coaching staff and head coach, Luke played for Ole Miss as did both his brother and father. This opportunity, Luke said, is something he has been dreaming about his whole life.

Luke also commented on his excitement for game week and how he is ready to get started.

“This team has been through a lot,” Luke said. “I think they are ready to get out and play football.”

Also, returning to the field is running back Jordan Wilkins. After missing the 2016 season for being academically ineligible, Wilkins is back and Luke expressed his excitement for having Wilkins return to the field.

“He’s developed into one of the team leaders,” Luke said. “I’ve been very impressed with him and his attitude, his work ethic.”

After finishing their 2016 season with a record of 6-7, the South Alabama Jaguars travel to Vaught-Hemingway Stadium to face the Ole Miss Rebels.

The Jaguars’ last game of the 2016 season was at the Nova Home Loans Arizona Bowl, where they faced the Air Force and lost 45-21.

However, even though the team went 6-7 last season, Ole Miss’ head coach Matt Luke commented on South Alabama’s team saying they are really good and that several of their team’s key players are returning for this season.

“[We] really have our work cut out for us,” Luke said.